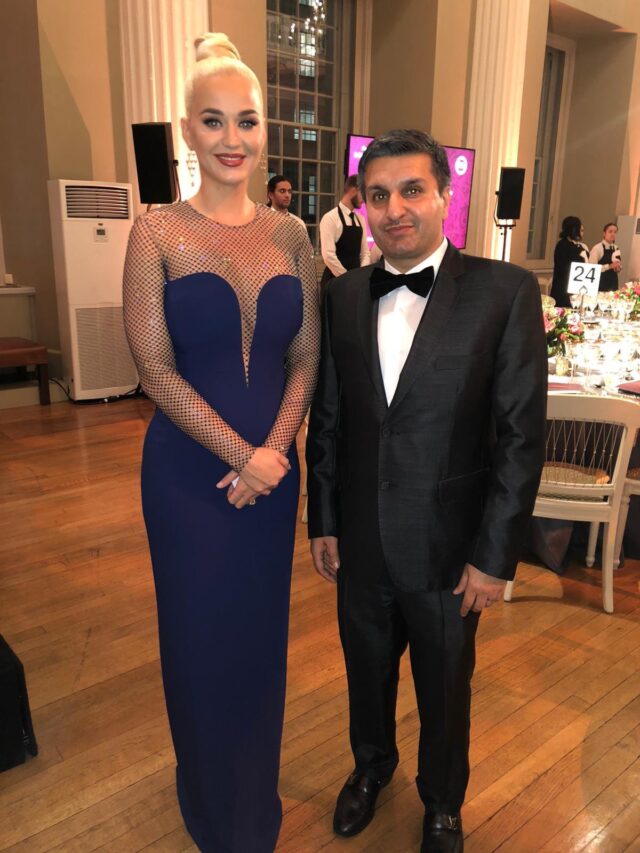 Khalid who is a patron of British Asian Trust, which is a charity of HRH Prince Of Wales, was invited to their dinner last week.

Khalid met Perry and the pair talked about music and films.

Khalid told us “She is a very lovely person and clearly very passionate about the work the Trust is doing.”

He added “I told her about West London Film Studios and invited her as a guest to the studios.”

West London Film Studios is in Hillingdon and their recent productions filmed there include Killing Eve, Last Christmas and The Gentleman.