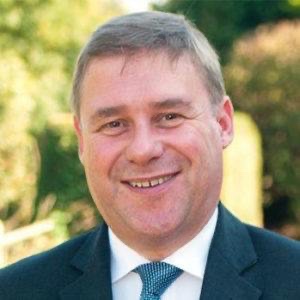 Mark Francois MP has been drawn in a major ballot of MPs on Thursday morning (09 January), held at a special event in Parliament.

The success for the Rayleigh & Wickford MP now means they will be able to choose a date from the sitting Fridays scheduled by the Government to introduce new legislation – in the form of a Private Members’ Bill – to the House of Commons.

In advance of the draw, which takes place at the start of every parliamentary session, MPs wishing to participate in the Ballot signed their name beside a number.

The Clerk Assistant – Sarah Davies – then drew 20 numbered ballot balls, with the names of the successful MPs read out by Parliament’s new Chairman of Ways and Means, Dame Eleanor Laing MP. The full ballot can be watched on Parliament TV.

The successful MPs will introduce their Bills on the fifth sitting Wednesday of this session which – unless the House goes into recess in the meantime – will be Wednesday 5 February.

It is up to the Member to decide on the Bill’s topic, although Commons clerks may offer advice on drafting.

13 Fridays in each Parliamentary session are allocated to debating these Bills.

Speaker of the House of Commons, the Rt Hon Sir Lindsay Hoyle MP commented: “Success in the Private Members’ Ballot empowers backbench MPs with a real opportunity to affect true legislative change or, at the very least, bring public awareness to an issue they feel passionate about. I am looking forward to seeing which causes will appear on the Order Paper on sitting Fridays.”

Private Members’ Bills are Public Bills introduced by MPs who are not government ministers.

The successful MPs from this year’s ballot will now have their chance to make their mark on the law in the current session.