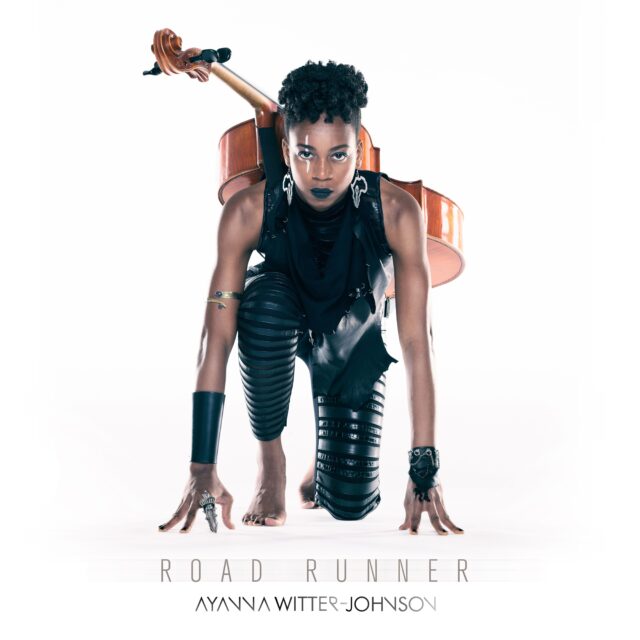 A rare exception to the rule that classical music and eclectic soul cannot successfully coexist, Ayanna Witter-Johnson releases ‘Crossroads’on 23rdJanuary. ‘Crossroads’ is the long-awaited next offering from last Spring’s release of Ayanna’s critically acclaimed debut long player ‘Road Runner’. Ayanna unapologetically imprints her unique musical signature into her music and new single ‘Crossroads’ with its lush, atmospheric and sensual video does not disappoint.

Ayanna Witter-Johnson is THE definition of eclectic soul – a singer, songwriter, cellist, composer, producer and arranger with phenomenal musical prowess, mesmerising vocals, uncompromising lyrics and mastery of the cello. The ‘Crossroads’ video, directed by Bunny Bread (Jazz Re:Freshed, Create Not Destroy) is a slick, evocative vehicle for Ayanna’s mesmerising performance that is brimming with vibes and soul, surrounded by a veritable ‘Who’s who’ of faces of black British excellence from across the creative industries, including Wayne Francis (Steam Down) and Renell Shaw(Rudimental).

Ayanna says of the single and the video for ‘Crossroads: “It feels like the time is right to release ‘Crossroads’, a sultry, blues groove that is all about going on a journey to discover that true happiness lies within. Being joined by such an authentic line-up of talent for the video just enhanced the essence of the song.”

The British-born musician graduated from London’s prestigious Trinity Laban Conservatoire of Music and Dance and New York’s Manhattan School of Music with firsts. Since releasing her EPsTruthfully and Black Panther in 2014, Ayanna has extensively toured the UK and Europe, composed for The Planets, gaining a MOBO award nomination along the way. Ayanna has enjoyed an incredibly successful 2019, performing at The Roundhouse, Cadogan Halland a dozen dates across Europe, she extends her European tour in 2020 with forthcoming dates across Amsterdam (to launch the single), Rotterdam and Latvia. Ayanna also features on Anoushka Shankar’snew record ‘Those Words’ (released 11thJanuary 2020).

With her 11-track debut, ‘Road Runner’ is a concept album that pays tribute to Ayanna’s Jamaican roots, with its authentic urban grittiness against the backdrop of her incredible musicality. Road Runner brings a little coarseness to the cello, a rugged edge along with the mellow, whether Ayanna is classically bowing or percussively tapping her instrument of choice. From Tooley Street to Turnpike Lane. From the Barbican to Brixton. From King’s Cross to Kingston, ‘Road Runner’ chronicles the journey of this singer, songwriter, cellist who effortlessly runs the musical gauntlet that ranges from classical to eclectic soul. With heavy bass lines and a dub delay where you might least expect it, while a solid groove and heavy bass graces the sweetest of ballads. Road Runner” is a diverse mix of tones and moods, an expression of Ayanna Witter-Johnson’s incredible artistry.