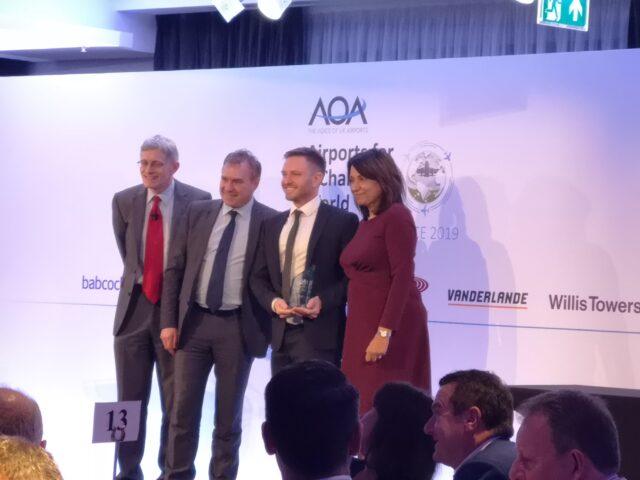 London Southend Airport has once again been named the ‘Best Airport in the UK’ (with under 3 million passengers, per year) at the Airport Operators Association (AOA) Annual Awards.

This is the fourth time in the past five years that the airport has scooped the top award, and of course follows LSA being named ‘Best Airport in London’ by Which? magazine for six years in a row.

The winner of this latest award was decided by a survey of airline members of The Board of Airline Representatives in the UK (BAR UK) and the British Air Transport Association (BATA).

Commenting on the win, Glyn Jones, CEO of Stobart Aviation said “To win ‘Best Airport in Britain’ for the fourth year in five is a major achievement and is once again down to all the hard work that the team at London Southend has put in. As the UK’s fastest-growing airport, we are more accessible than ever, with up to six trains an hour into London, including new early and late services, and car parks right next to the terminal. We are easy to use, with short walking distances, and a lack of queues compared to other London Airports meaning passengers can travel from plane to train in 15 minutes. We also offer market-leading customer service and have a rapidly expanding network of over 40 routes.”