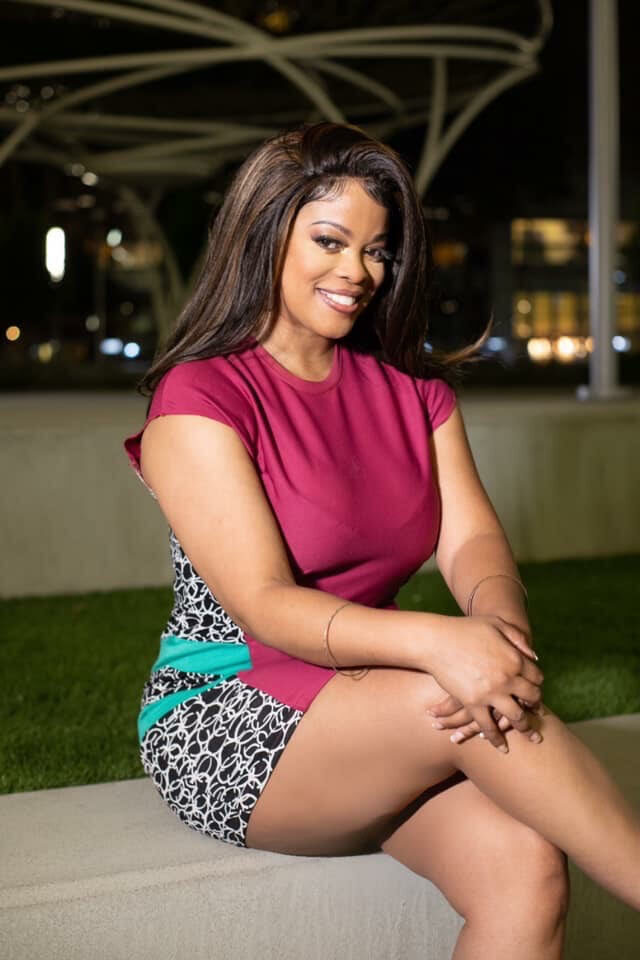 Keldamuzik known originally as a Hip Hop recording artist, has expanded her brand into different areas of the entertainment industry. From dabbling in other genres of music such as pop and dance, to now producing and hosting TV shows as well as producing films, pursing an acting career and running her own entertainment company; Keldamuzik will remind you everyday that she is born to be in this industry.

Born and raised in San Jose Ca, as Kelda Williams, she realized at the age of 5 the entertainment biz was her calling, starting off signing to local talent agencies in the Bay Area and auditioning for mainstream commercials, Kelda caught the acting bug. After a few stints, she migrated over to modeling participating in fashion shows throughout the Bay Area and working with local established photographers. She then started to record her first R&B album in 2005.

Kelda then moved to Oakland CA, and took the name “Keldamuzik” as her primary stage name and “Diva” as her alias. She has professionally released 4 albums under Loud Dust Recordings, Malaco Music, DSN and AMAdea Music. Her career took off rapidly after her first break when she received a licensing opportunity for Sony Entertainment’s film “Please Give”, to follow up she then joined R&B singer Lloyd on a Japan tour and Reggae singer Jah Cure in the Caribbean performing at one of the biggest stadiums in Antigua and her song “Thirsty” hit number 4 on KISS FM in Australia. Keldamuzik has now started other business ventures producing her very first film “Love The Original Way” that screened at the Black Hollywood Film Festival. Her latest TV projects include “Diva Talk Tonite”, “Diva Travels” and “What’s The Tea with Diva?” All programs have stemmed from her original reality TV series “Diva TV” which was a huge indie hit on local access stations in several Bay Area counties. Now with the platforms she has with KOFY TV, Shami Media and Digz Media Group, Keldamuzik has used her business mind to not only creating content but also managing other brands and artists such as the late rapper Kafani, and working with Numskull of the Luniz.

Overall, Keldamuzik has transitioned her brand into a commercial mainstream image when it comes to music, TV/Film production, community outreach, modeling and branding other talent. Her acting career has opened new doors for her with being cast for the Honeywell/Bendixking, her music career has a fresh new international sound, and her TV and film projects are streaming on huge platforms. Kmuzik stands by her name because she will always be the artist that creates projects with that “one” song you like and performs like no one else is watching, to follow with everything else she has going on.

You can listen to her music here: https://open.spotify.com/track/4ydyF1ZEr80zeLzVDcpOKF?si=pShGdLD4RDmeLHnDnH-Xkg

We had an exclusive sit down with KeldaMuzik!

Hi KeldaMuzik, First up, tell us bit about yourself – what first got you into
music? — Hey my peoples!! I’m a music artist, actress, TV host, and
producer. I’m from the Bay Area California (San Jose) and I’ve been in
the entertainment biz since I was kid. I’ve been in the music biz for
several years releasing albums and EP’s also touring overseas and
regionally. After going several acting auditions and not really meeting
the expectations I wanted to, I gave music a shot because I loved to
write and perform and that’s what opened the door for me. Here I come!!
Were there any particular bands or artists you took inspiration from? –
Yes a lot, I loved TLC, Envogue, Whitney, Mariah, Da Brat, Eminem,
Jay-z, of course Tupac, and a few others…

How would you describe your musical style ? Right now it’s r&b/pop, I
was doing hip hop for a while and I still will but right now I’m changing it
up because I want to show fans another side of me. A more calm side of
Keldamuzik.

If you could collaborate with any living artist, who would it be?. – It would
be DJ mustard right, that dude has music everywhere and knows how to
make any artist sound good.

Tell us about your new project, Magic. What’s it about, what are its
themes? – Magic is a throwback type of track, it reminds you of the 90’s
when music had a more authentic appeal. It’s also reminds you of your
first crush in school and how you fantasize about being with that person
and how much “magic” you both would bring to each other’s lives.

When did you write it and where did you record it? – I wrote it with my
producer a few months ago, we recorded in his studio in LA.
How does Magic represent your style? – Magic is a fun bouncy song,
that’s exactly how I am. I’m uplifting, powerful and full of energy, that’s
def what the song represents.

What are your hopes for the new single Magic ? – I want EVERYONE to
hear it, you know when you have a hit on your hands you want the whole
world to hear it? Well trust me, everytime someone hears this song they
instantly love it!

What can you tell us about your plans for the rest of 2019? I will be
releasing more singles, doing videos, more cameos in films, working on
my talk show and also releasing merchandise for my fans!

Finally, if you could go back in time and give yourself one piece of
advice, when would it be and what would you say?— I would say to think
before speaking when in an argument, you never know what your gonna
say next that might trigger some things or make people think differently
of you. Always have someone else’s feelings in mind first and
understand where they are coming from.

Connect with Kelda on social media: