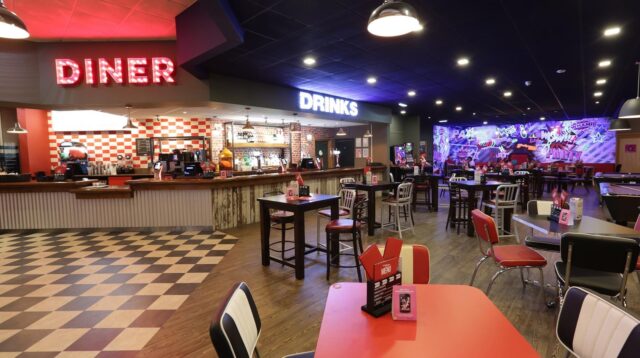 Think Thanksgiving celebrations are just for Americans? Well you ain’t seen stuffing yet! This Thanksgiving, for one day only, Hollywood Bowl is giving all players the chance to win an incredible prize that even the Pilgrims would be thankful for.

Hollywood Bowl is paying homage to its American roots and swapping poultry for bowl-try. On Thanksgiving, November 28th, any player who bowls a ‘Turkey’, which is three consecutive strikes, will win free bowling during January, to continue the festive spirit straight through the new year.

At Hollywood Bowl Dagenham, should a player score a ‘Turkey’ at any time on 28th November, they simply need to take a photo of their scoreboard and share it on their Facebook, Instagram or Twitter accounts, tag @hollywoodbowluk and use the hashtag #HollywoodBowlTurkey. Alternatively, make themselves known to a team member at the centre to verify their win.

Celebrate Thanksgiving the Hollywood Bowl way and ditch the pumpkin pies for an amazing prize!

Gurdeep Singh, centre manager at Hollywood Bowl Dagenham, said: “We’re so proud to be embracing our American namesake here at Hollywood Bowl Group, and we can’t wait to celebrate Thanksgiving with our loyal customers. We know how exciting it can be to get that unexpected strike, so we’re encouraging customers to curve their balls so that they can ‘carve’ a Turkey, and win free bowling during January.”

Alongside this incredible opportunity to win, visitors can gobble down on a new range of tasty American-style classics, including gourmet burgers like the popular Moving Mountains vegan burger, and hot dogs from the new Hollywood Diner menu. Customers can even customise their own burgers and dogs, and enjoy a range of cocktails and milkshakes served in retro glasses.

Plus, guests can immerse themselves in the impressive state-of-the-art amusement area, featuring industry-leading games for all the family, and most centres feature exclusive pre-bookable VIP lanes so you can bowl in style. Best of all, adults can now wear their own shoes as long as they are flat!