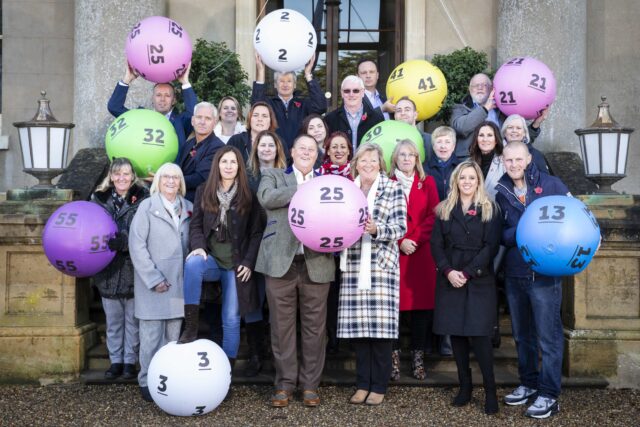 In celebration of The National Lottery’s 25th Birthday, local winners today revealed that the Chelmsford (CM) postcode is officially one of the luckiest in the country.

Over the last 25 years, The National Lottery has made 5,500 millionaires across the UK and has awarded £71 billion in prize money. Since November 1994, a staggering £40 billion has been raised for Good Causes and currently around £30M is raised every week.

Taking the 14th place for lottery millionaires since The National Lottery launched 25 years ago, the latest figures confirm the Chelmsford postcode has cemented its position as one of the nation’s lottery luckiest locations.

Since the launch of The National Lottery a stunning 74 millionaires have sported a CM postcode, more than one every six months. In total 454 top tier prizes of at least £50,000 have been banked by players in the CM postcode, averaging more than four every three months.

Local winners who have recently shared news of their win include Jacqui Shannon from Witham. The mum of one, who thanks to the win is retraining for a new career working in mental health, took time out from her studies to join fellow lottery winners at an event to celebrate 25 years of The National Lottery and raise a glass to the other 73 millionaires with a CM postcode. Alongside Jacquie were CM lottery winners Dean Allen (£13.8M), Tim Orton (£2.9M), Tracy Field (£2.5M), Will and Vicky Ingham (£1M) and Tracy Tyler (£5.8M). Andy Carter, Senior Winners’ Advisor at The National Lottery, said, “The CM postcode has proved very lucky when it comes to the big wins but it’s not alone. Over the last 25 years, The National Lottery has been making amazing things happen all across the UK.

“Thanks to our National Lottery players, 565,000 Good Cause grants have been given out to projects big and small, that’s the equivalent of 200 life-changing projects in every UK postcode district making a huge impact on communities all over the country. On top of this, we have celebrated so many lucky winners who have won life-changing sums of money – here’s to another 25 years of making dreams come true.”

National Lottery-funded projects range from the truly epic to the ‘on your doorstep’: Since the funding began in 1994, British athletes have won 864 Olympic and Paralympic medals and National Lottery funded films have won an incredible 400 awards, including 15 Oscars. London’s Tate Modern, The Eden Project in Cornwall and V&A Dundee, Scotland’s first design museum, have all been beneficiaries. Running alongside these major initiatives are the thousands of grants – usually for £10,000 or less – which help small projects to make an amazing difference in their community.