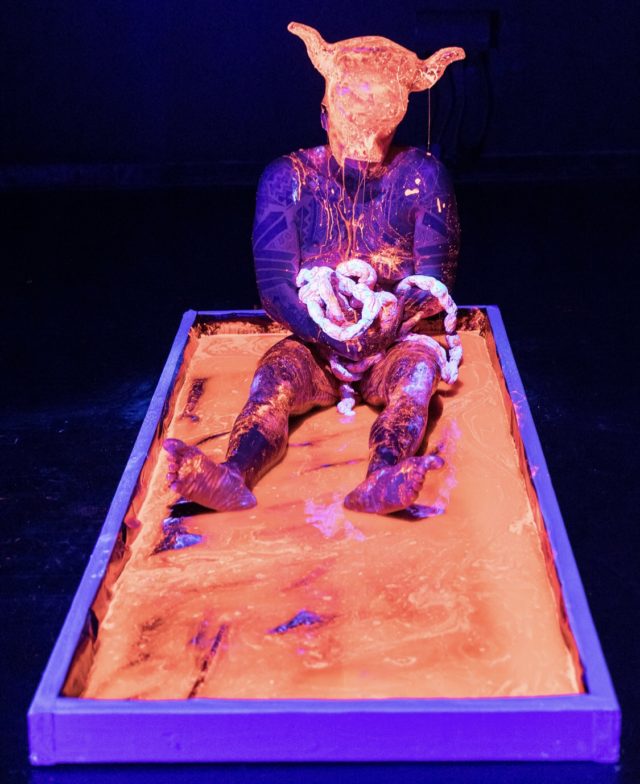 Provocatively extreme performance artist Ron Athey comes to the UK for the first time since 2014 for the British premieres of his new show Acephalous Monster. He will perform at Colchester Arts Centre the 15th of October.

As well as a performance in Colchester he will be giving lectures at Glasgow University and London’s Queen Mary University and running workshops at Toynbee Studios in London.

Acephalous Monster is inspired in part by the secret society of Acéphale, the 1930s anti-fascist review and magazine published by philosopher Georges Bataille. The Acéphale, the eponymous figure of the headless man is a powerful symbol of radical transformation. Using projections, readings, lectures, appropriated text and sound, and by re-imagining Brion Gysin’s brutalist Pistol Poem as a vocal/percussive choreography, Athey attempts to make sense of a current reality where neo-fascism is mutating, creeping, and marching.

Throughout Athey takes the form of various monsters using opera, wigs and masks. With attitude and wit
he interacts with lush, sexy video projections of beasts and people in provocative acts.

Talking about the work, Athey said ‘I love working caricatures: going through all these wigs, trying to manipulate my body with different looks, being fatter or skinnier, more feminine. I still play with padding and corsets and things. But to me it’s just normal that someone gets penetrated. The performance is a political satire of sorts with an ‘eat the rich’ section to celebrate the beheading of Louis XVI, who also happens to be a vampire.’

Ron Athey is an iconic cultural figure for both gay and straight art. Best known for his boundary-pushing body mutilations, he has been pursuing the transcendent and sublime through performance for more than three decades. Athey’s work invents new forms of ritual and celebration, conjuring the sacred as an antidote to the empty individualism of contemporary life, and pushing towards the merging of humans and gods.

His earliest performances were in the early 1980s in Los Angeles’ underground music scene. In 1990 during the AIDS pandemic, he started showing individual and group works at art spaces in Los Angeles, New York, Santa Monica, Chicago, and London (ICA). 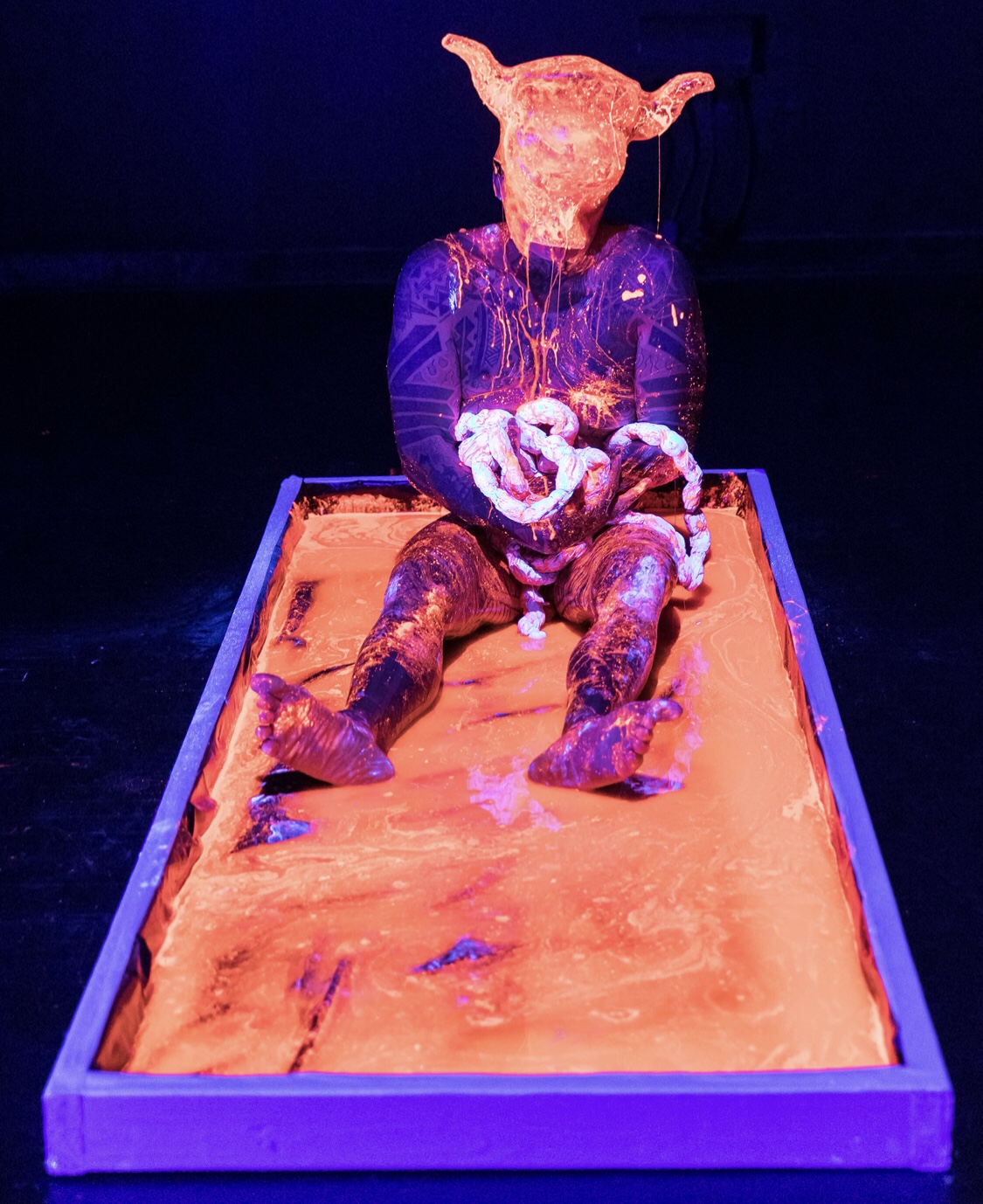 His work has expanded into solo performances, collaborations, and into experimental theatre and opera. He has collaborated in experimental opera projects with soprano/musicologist Juliana Snapper and composer Sean Griffin. In 2018 he premiered Gifts of the Spirit, an opera made from automatic writing.

A major retrospective of his work is to be held in New York City in 2020, curated by Amelia Jones, renowned art historian and Vice Dean of Research at Roski School of Art and Design, California.