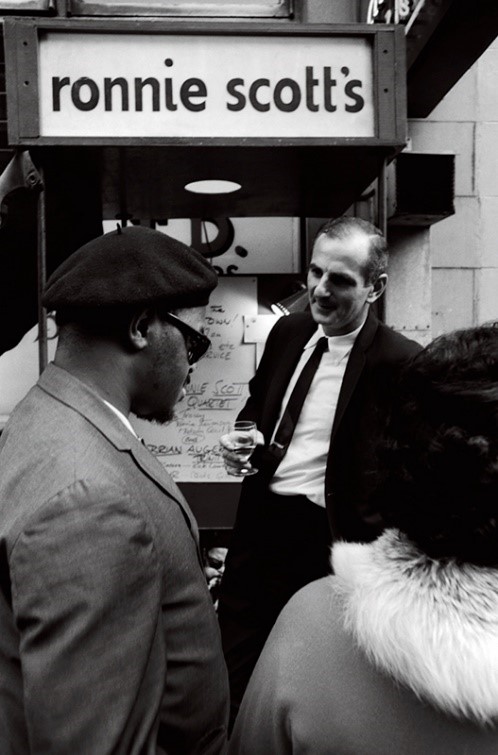 In celebration of its’ landmark 60th anniversary, legendary Jazz Club Ronnie Scott’s announces a pop-up jazz club at Gerry’s club on Dean Street, Soho. Ronnie Scott’s – The Old Place will run for two-weeks only from Monday 19th August through to Saturday 31st August and will offer the opportunity to step back in time to experience the club as it would have been when it was opened by Ronnie Scott and Pete King in 1959.

The Old Place will be located on the site of the existing Gerry’s members club which will be transformed into a replica of the original Ronnie Scott’s. Visitors to The Old Place can expect an immersive trip back to 1959 as the club will be retrofitted with flat boards from the original venue, artwork and photos. Audio memories will also play out as guests make their ascent into 1959.

As guests step into the venue, they will hear the voices of performers past and present as well as friends of the club recounting highly entertaining tales and memories from decades gone by.
As for the Gerrard Street location, Ronnie Scott’s Managing Director Simon Cooke says by way of explanation, “Gerry’s felt appropriate as the original site is unavailable, so this felt like the next best thing. The original Ronnie Scott’s was a fairly no-frills affair, with a stage, a bar and an audience, so we’re reproducing the club as it was in 1959.”

The Old Place will also boast a world-class line-up of Jazz musicians paying homage to the likes of Miles Davis, John Coltrane, Dizzie Gillespie, Stan Tracey and Wes Montgomery in a variety of nostalgia-evoking themed nights. The opening celebration will see audience members transported back to the ‘biggest year in jazz’ for a 1959 British Jazz party featuring performances from the acclaimed Ronnie Scott’s All Stars and VIP guests.

On Tuesday 20th August, the Ronnie Scott’s All Stars will delight the audience with a rendition of the classic 1959 album Giant Steps by John Coltrane. The All Stars will then return to the stage on Wednesday 21st for a hotly anticipated performance of Miles Davis’ Kind of Blue album.

Glasgow-born guitarist Jim Mullen will perform a fitting tribute to Wes Montgomery on Thursday 22nd, and on Friday 23rd there will be a celebration of the ‘Jazz Couriers’ with the music of Tubby Hayes and Ronnie Scott himself. Week one will finish with a salute to legendary saxophonist Sonny Rollins.

The Ronnie Scott’s All Stars Kick off week two on Monday 26th August to perform Horace Silver’s Blowin’ The Blues Away. On Tuesday 27th, The Ronnie Scott’s Club Quartet return with a foot-stomping performance of Dave Brubeck’s Time Out. and on Wednesday 28th August audiences can will hear Clark Tracey perform the jazz of his father Stan Tracey, who was house pianist at Ronnie Scott’s for many years.

On Thursday 29th, virtuoso Jazz Pianist James Pearson will recreate Bill Evans’ legendary Trio from 1964 and on Friday 30th, rising star and trumpet player Mark Kavuma will perform as he celebrates ‘The Trumpet Kings’ of jazz, with music from artists such as Woody Shaw, Roy Eldridge and Miles Davis. On Saturday 31st August, The Old Place will be brought to a roaring close a climactic bebop special, celebrating the hits of the legendary Saxophonist Charlie Parker and Trumpeter Dizzy Gillespie.

Throughout the duration of its’ run, The Old Place will play host to two houses each night, with doors at 6:30pm and the first show beginning at 7:30pm. Shows will last for around an hour, with the second house opening at 9:00pm. Tickets are priced at £21.36 (with members prices at £19.59) and can be purchased at www.ronniescotts.co.uk.