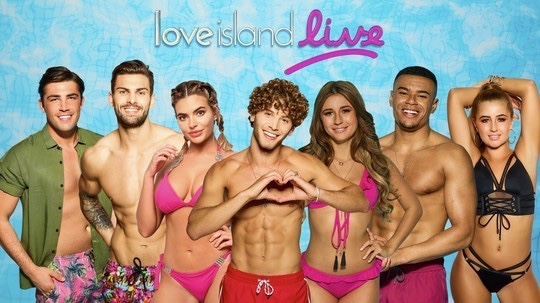 While Love Island is heating up romantically for the contestants, for British couples not on the island, the show is having a detrimental impact on their own relationships, according to new research released today.

The study, commissioned from fair online casino PlayOJO – which asked over 2,000 Brits that are both in a relationship and currently watch the show – revealed that Love Island is ruining the romantic time couples spend together as 43 per cent of Brits have cancelled plans with their other half in order to catch up with the latest action in the Villa.

More worryingly, there is evidence that Love Island is causing major rifts amongst couples. So much so, that a third (33 per cent) of Brits have stopped or banned their partner from tuning in to the show. In addition to this, many Brits have felt left out if their partners have spent time on their phone and with friends discussing the show – with nearly a fifth (18 per cent) stating that this sense of being left out escalated into a serious row. Some Brits have even gone as far as admitting that they have threatened to leave their partner as one of them was too obsessed about the show (13 per cent).

While Love Island is having a negative effect on the amount of time that couples spend together, the research also found that the show is creating an unfair amount of jealously between couples. The opportunity to be famous overnight and surrounded by loads of single and attractive islanders is clearly an appealing one, as nearly a third of Brits (32 per cent) would consider ending their relationship with their partner if they had a chance to appear on the show. In addition to this, a whopping 54 per cent of Brits have compared their partner unfavourably to contestants on Love Island.

Worse still, some couples are letting Love Island contestants infiltrate their most intimate thoughts. 39 per cent confessed that they have thought about one of the islanders while making love to their partner.