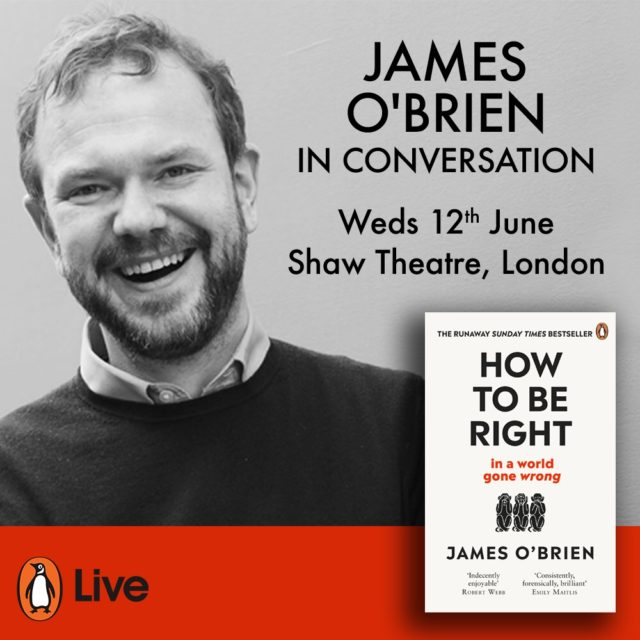 Hear the voice of reason in a world that won’t shut up.

James O’Brien will be discussing how to dismantle small minded ideals and conquer prejudice to mark the paperback publication of his Sunday Times bestseller How To Be Right… in a world gone wrong. He will be joined by broadcaster and writer Danny Wallace.

As a voice of reason in British broadcasting, with an ear to the nation most politicians can only dream of, James O’Brien has established himself on his ability to debunk and dismiss the nonsensical prejudices and hypocrisies of modern political debate – from Brexit to LGBTQI, Political Correctness, Feminism, The Age Gap and Trump.

James will discuss his experiences, with real-life examples, from his top-rating show and podcast, to explain the duping of the public by the misguided agendas of right-wing politicians and the media, as well as the tactics he uses to reveal inconsistencies and double-standards in their arguments.

Don’t miss your chance to hear from two of Britain’s most incisive, witty and necessary voices, and be prepared for an entertaining and mind-opening evening. 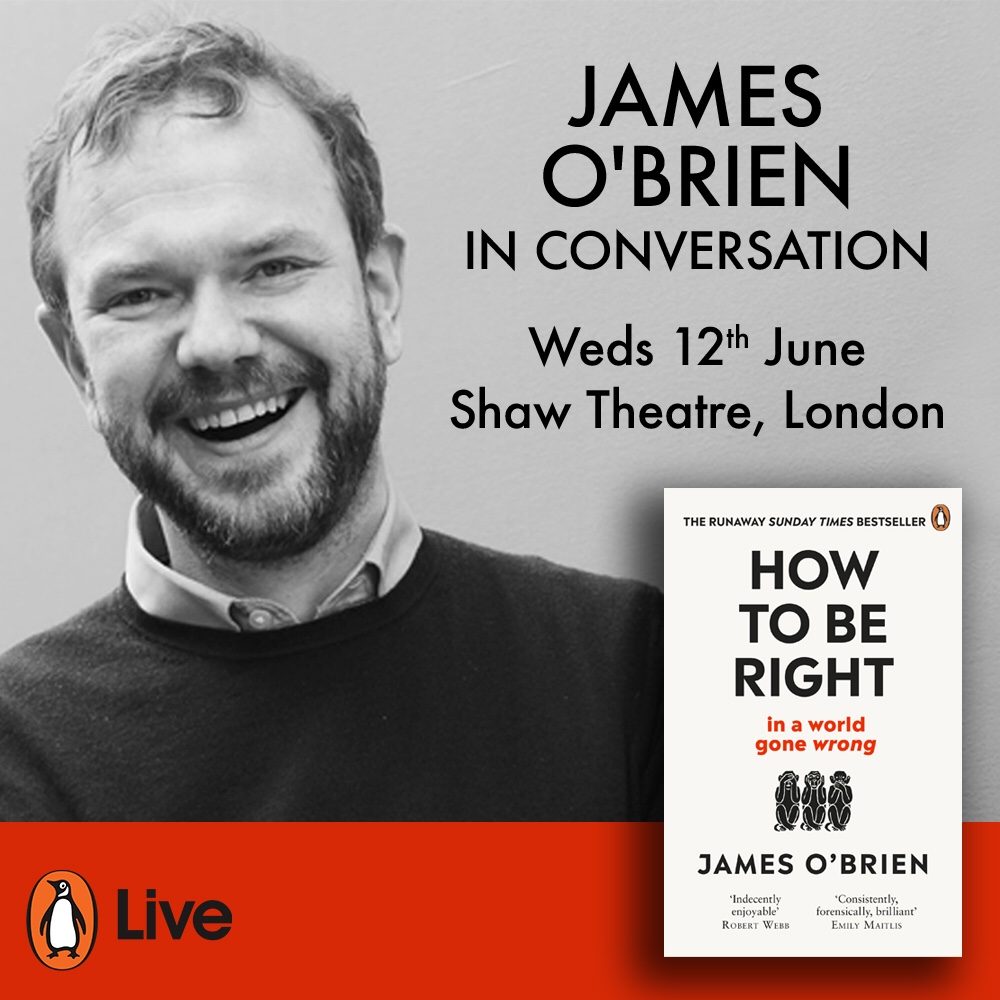 BUY TICKETS TO SEE JAMES O’BRIEN IN CONVERSATION WITH DANNY WALLACE TO DISCUSS HIS BESTSELLING BOOK HOW TO BE RIGHT
https://www.penguin.co.uk/events/2019/james-obrien-event.html
7:30pm, 12 June 2019, Shaw Theatre