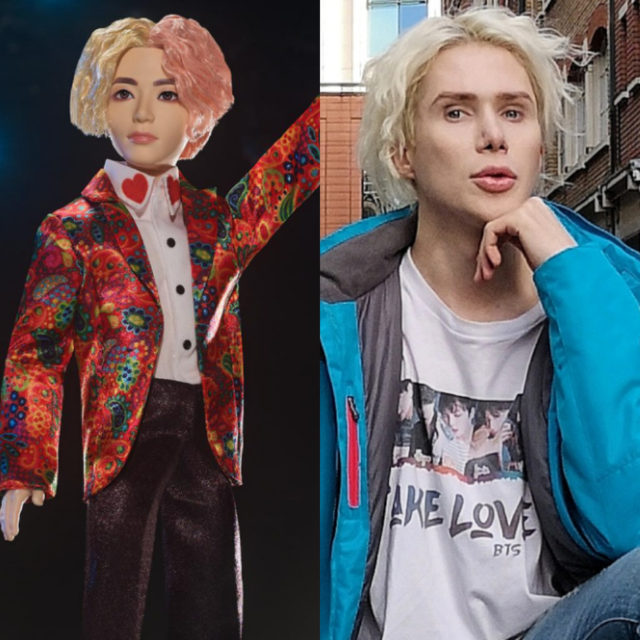 Toy giant Mattel has just released the first photos of the new BTS dolls and BTS fans have had mixed reactions. A lot of twitter users have been saying that the dolls barely resemble the BTS members and that their faces have been ‘westernised’. Many K-Pop fans have taken to Twitter and Instagram saying the dolls bare more of a resemblance to Oli London, the man who underwent a $100,000 to look like Jimin.
Fans have expressed disappointment that the dolls, don’t bear much resemblance to the BTS members however they have been quick to draw comparisons with the Jin doll, which looks more like Jimin, to Oli London. 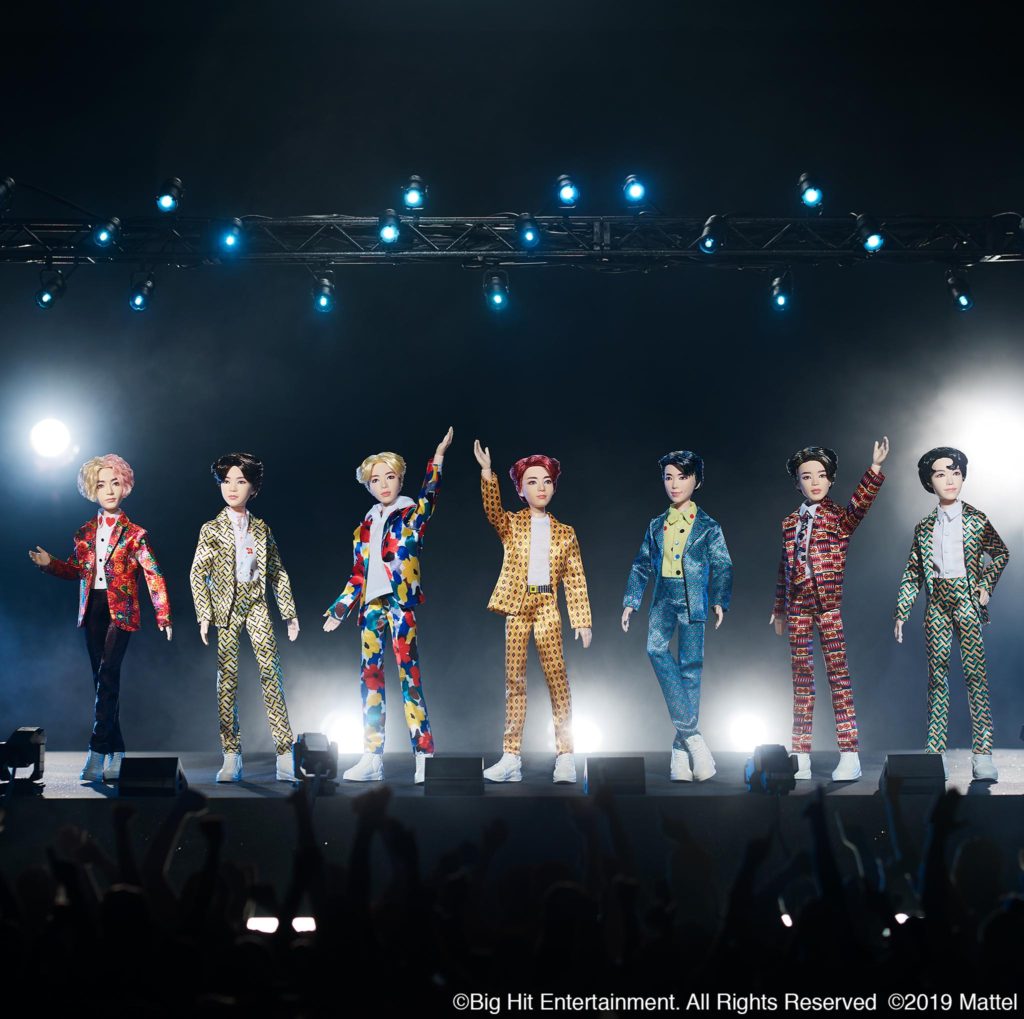 Last year, the K-pop obsessed plastic surgery fan admitted in a documentary on Barcroft TV to having spent over £100,000 on plastic surgery to look like his idol Jimin. He has since gone even further with his obsession by releasing a K-Pop single ‘Perfection’ and dedicating it to Jimin. From the outside looking in, when it comes to surgery, some people can take it too far. With that being said, if someone like Oli decides to have plastic surgery Beverly Hills, for example, it is completely their choice. It’s all about knowing when enough is enough, as too much surgery is never good for anyone.
His music video was slated online for using far too much autotune and for being too robotic and he was criticized for not performing any dance routines. Asian news network HopClear even compared his music video to horror movie The Ring saying ‘This is like ”The Ring” of Music Videos. You have been warned”. 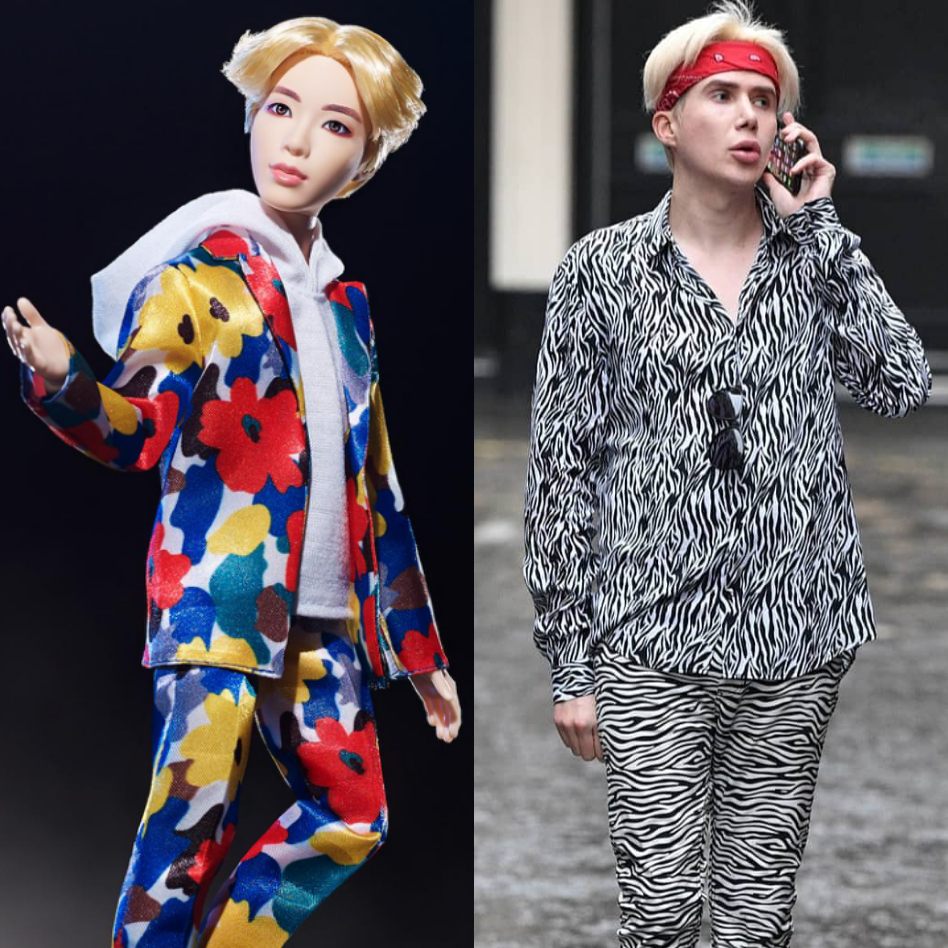 The K-Pop addict is set to arrive in Korea this summer with his best friend to continue his plastic surgery transformation and to complete his K-Pop look. He also plans to try and fulfill his dream of meeting Jimin and the BTS members.
Share this: