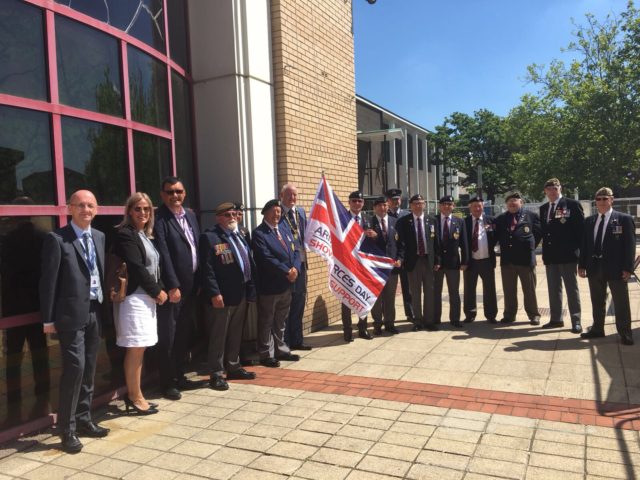 Deputy Mayor of Basildon, Cllr Danny Lawrence, was joined by veterans as he raised the Armed Forces Day flag above the Basildon Centre yesterday (Monday 25 June).

The ceremony marked the start of Armed Forces Week, which is a chance to show your support for the men and women who make up the Armed Forces community.

The celebrations will continue on Armed Forces Day itself, Saturday 30 June, when the Mayor of Basildon, Cllr David Dadds, will join a parade organised by the Civil Military Partnership Board in partnership with Basildon Council.

Cllr Dadds said: “Armed Forces Week provides a much valued morale boost for our troops, their families, cadets and veterans. It is an honour to be part of the celebrations.

“Residents can show just how much they appreciate our brave servicemen and women, both past and present, by watching the Armed Forces Day parade through the town centre on Saturday.” 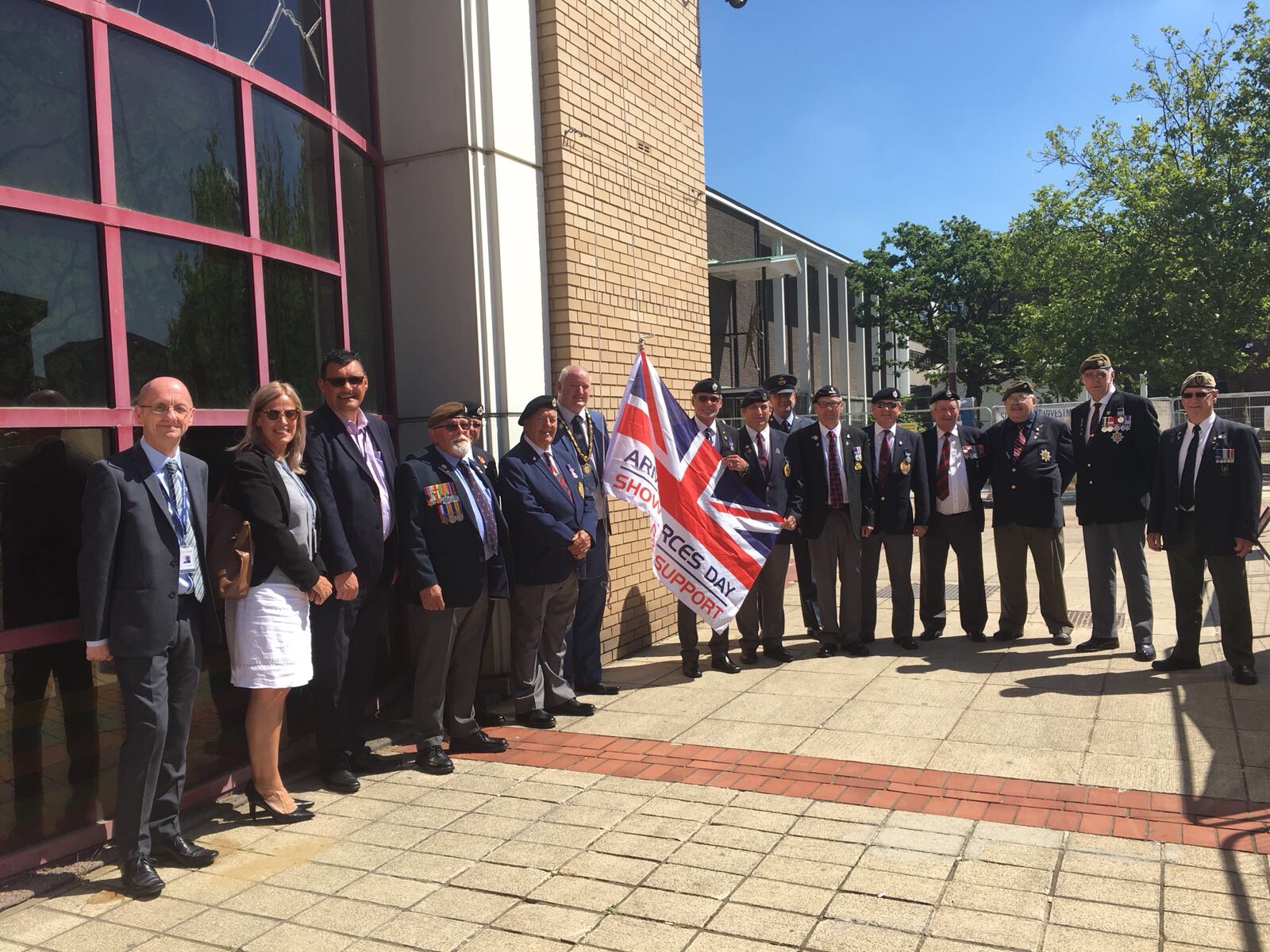 No doubt there will be many of these Armed Forces Day flags flying high upon wooden flagpoles and such across the country as people come together to celebrate troops, their families, cadets and veterans.

Armed Forces Day is an annual event celebrated in late June to commemorate the service of men and women in the British Armed Forces. Originally named Veterans’ Day, it was first observed in 2006. The name was changed to Armed Forces Day in 2009.

The parade will start from Toys R Us in Basildon town centre at noon, with an inspection by Wing Commander Nicky Weston in East Square at 12.15pm. This will be followed by a march-past ending at Costa Coffee at 12.40pm.