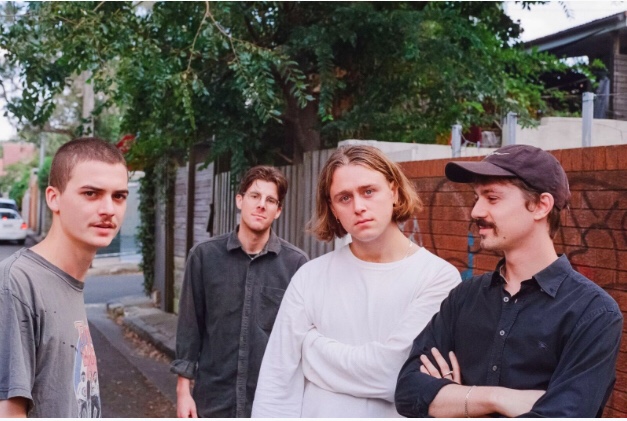 Up until now, PLANET have been harbouring the gorgeous collection, only letting recent singles ‘Aching Dream’ and ‘Save.Sold’ out to breathe. As vocalist Matty Took explains, the release has been a long time coming. With their signature warm and full sound, and the soft and dulcet melodies of the likes of ‘Aching Dream’, PLANET also demonstrate a newer and more tenacious side, and everything in between, across the five-track release.

“We’ve worked with some great people and friends throughout the recording process, filming and artwork for this collection. It bangs off with a punchy number, ‘For You’ and finishes with my personal favourite, ‘You, Just A Little More’. It’s our first EP to be released and I reckon it says a lot about what’s to come in the next few years. We would love to drop album after album, every few months, but I doubt people would have the same connection to the songs,” Matty remarks.

‘Waking Eight’ EP was engineered by vocalist Matty Took, in addition to Lachlan Mitchell (Jezebels, Little Bastard), who also mixed the EP, with Steve Smart (Studios 301) mastering the release. Sydney outfit PLANET is the culmination of several years of trial and error in songcraft, performance and production. Matty Took (vox and rhythm), Tom Peppitt (lead guitar), Harrison Stewart-Weeks (drums) and Jimmy Weaver (bass) were first brought together by their shared love of music: old and new, foreign and domestic. Drawing influences from past and present the four-piece combine pop laden guitar hooks with soaring vocal melodies. The result is a sound which is reminiscent of Britpop but remains undeniably Australian.

Showing no signs of slowing down, 2018 is set to be a big year for the band.

Tune in and listen to their sounds https://soundcloud.com/ppplanet/sets/waking-eight