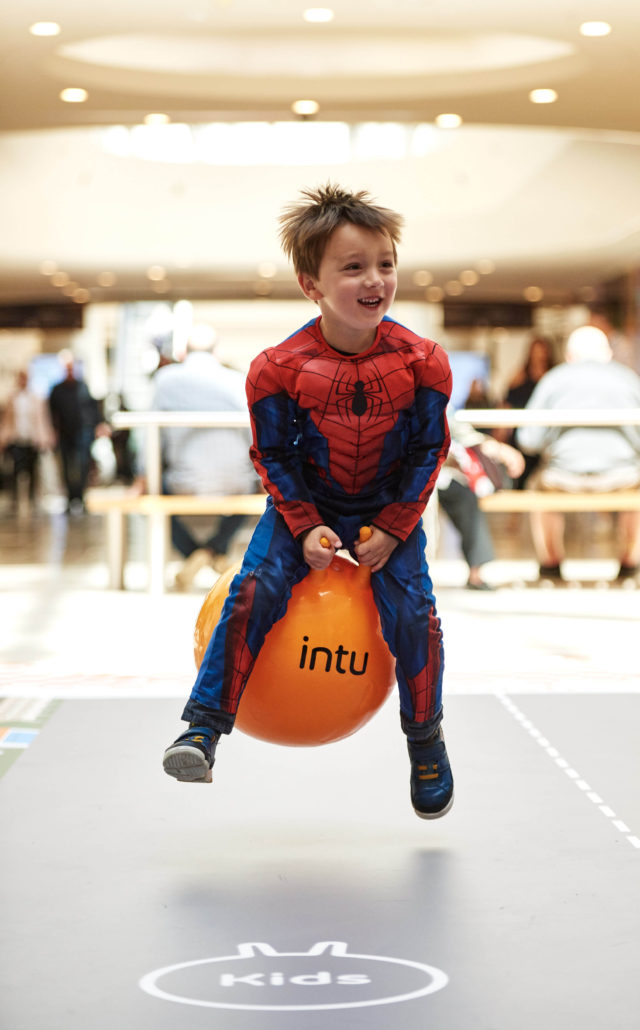 Shoppers will literally be jumping for joy this week with the rollout of spacehoppers for shoppers that let kids and grown-up kids hop while they shop at intu Lakeside as part of intu’s pledge to make customers smile.

The ‘Happy S-hopping’ initiative is part of the launch of intu’s new family club, which aims to give parents and children time to play together in its centres. It follows research that play makes people happier, but less than half of parents (49 per cent) find the time to regularly play with their kids and 61 per cent say they don’t think they devote enough time to playtime. 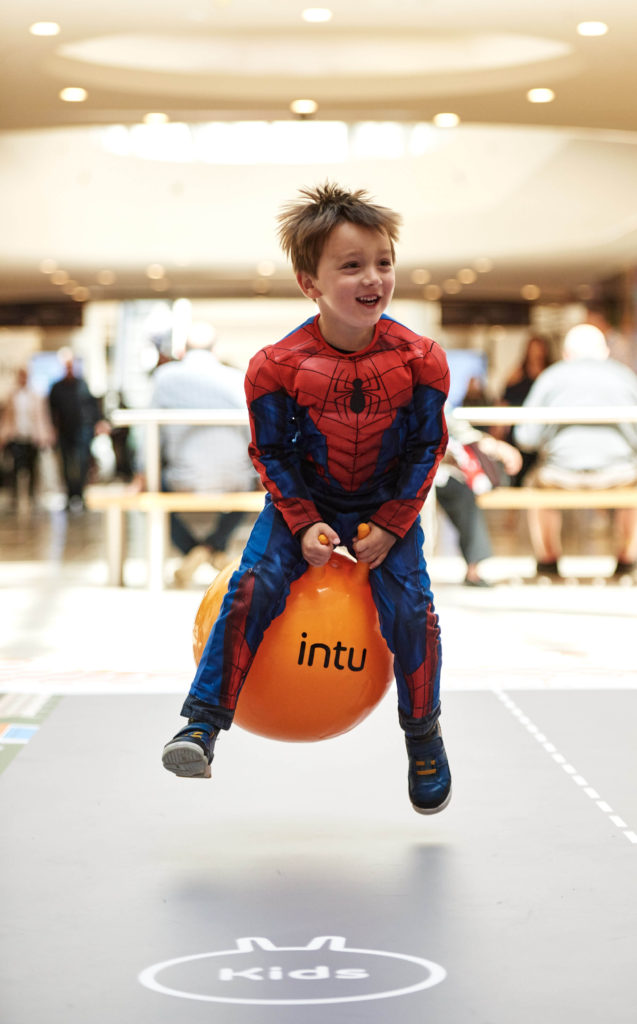 The study also found that two-thirds of parents (65 per cent) would also like their children to play more non-computerised games and take up traditional favourites like Hopscotch, Kick the Can and Red Rover. According to existing studies, active play like hopping on spacehoppers also helps to enhance childhood development by improving balance and cognitive and motor skills.

The research also revealed that Britain is a nation of ‘big kids’ with 63 per cent of adults saying they still get the same thrill and excitement playing childhood games with their children as they did when they were kids themselves. Going down slides, jumping on bouncy castles, riding on rollercoasters, rocking on swings and hopping on spacehoppers were among the top ten things that make ‘grown-up kids’ happy.