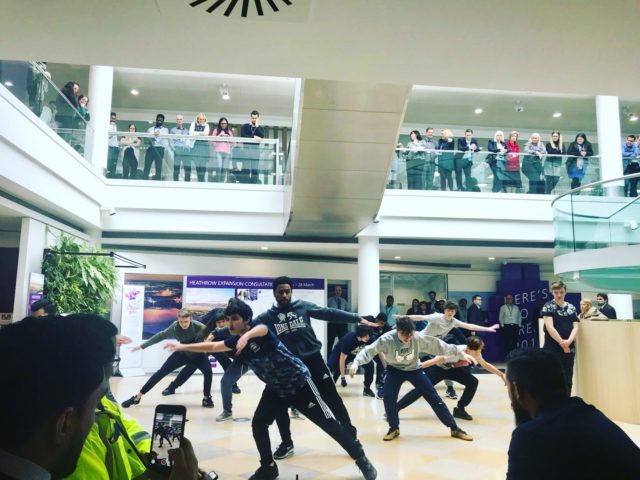 ‘Autism with Attitude’ are set to wow at Heathrow Airport!

Anna Kennedy OBE has been working with Heathrow Airport to raise autism awareness and the street dance crew are performing a flash mob at every terminal on Tuesday for Autism Awareness Week.

Autism with Attitude’ is a street dance crew from Hillingdon Manor School In Uxbridge, a school Anna Kennedy OBE is founder and Ambassador of.

The SEN dance crew made history when they qualified as the first special needs dance team to qualify for the United Dance Organisations (UDO) World Championships in Glasgow 24-27th August 2017 and the UDO European Championships in Kalkar in Germany in May 2018.

Autism with Attitude were created because of National Charity AnnaKennedyonline’s well known Autism’s got Talent .The dance crew performed for the first time 5 years ago after Anna invited them to take part in her show.

Hillingdon Manor School is delighted with its success and staff are helping them both to hone their dance skills and to prepare for their role as ambassadors, showing what people with autism can achieve. Now Autism with Attitude is all set to represent the UK at this forthcoming international event.