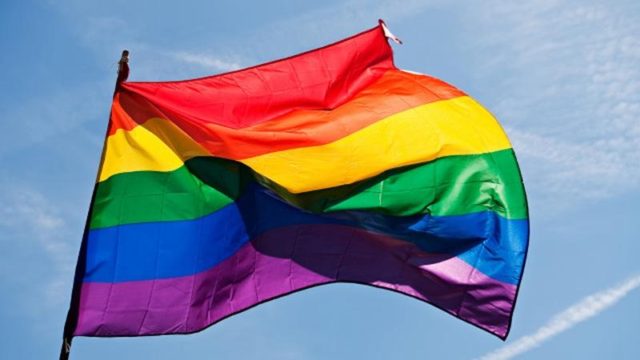 The rainbow flag is still flying high from the college entrance and marks NewVIc’s biggest Pride event, as part of February’s LGBTQ+ month 2018. Funded by the Jack Petchey Foundation, the month was filled with a series of fun educational activities. The aim was to create a greater understanding amongst our young people, which saw students come together to understand and support their fellow LGBT students.

The college was decorated with LGBT flags and posters, where more than 600 students and staff attended. An ‘equality pledge’ was placed at the entrance and signed to treat everyone equally. Filled with multiple interactive stalls including a giant LGBT history timeline, students guessed the date of when laws were passed. Students also placed stickers on a giant world map to show where they thought gay marriage was legal. Highlights included ‘Rainbow laces’ themed sports activities, a ‘Gender Unicorn’ which gave students the opportunity to chart the way they felt about their gender identity and a ‘Coming out’ talk led by staff lecturer Rob Behan which focused on the soundtracks associated with the LGBTQ+ movement.

Rob Behan, teacher of history, government and politics said: “NewVIc’s LGBT history month consisted of a series of activities and talks to support and learn about the importance behind the LGBT movement.”

Students were intrigued and educated on facts. Jubaed Shah Mohammed, studying A-level history, government & politics and law added: “I was amazed by the number of LGBT artists that had come out and it made me recognise that the UK was and is more open to change than other countries ‘’