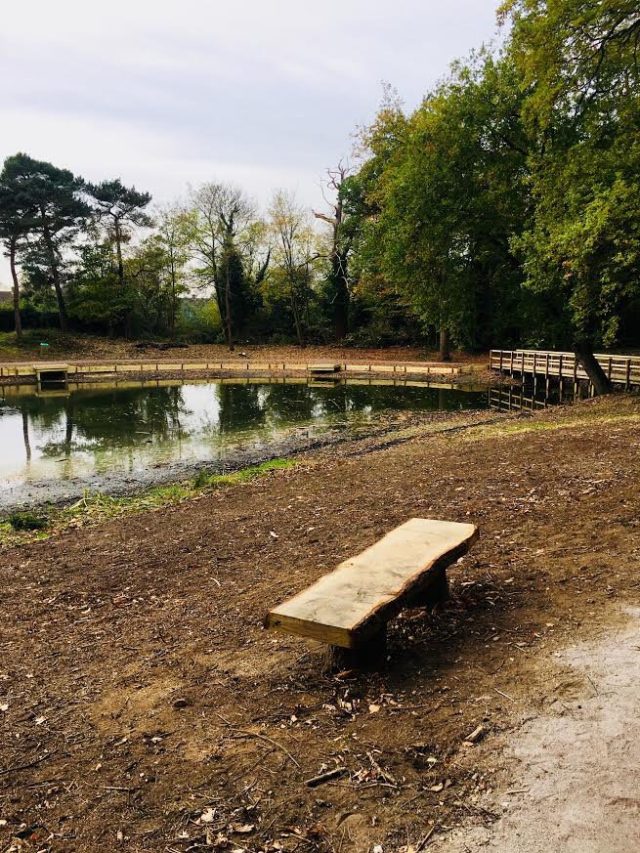 Historic Harlow parkland that has been part of the town for centuries is being restored thanks to an £80,000 project funded by Harlow Council and Essex County Council.

Oakwood Pond, situated near Princess Alexandra Hospital in Little Parndon, has been transformed thanks to a project being completed by Harlow Council in partnership with the County Council, contractors and local volunteers.

The pond and surrounding area has a rich history, possibly dating back as far as the 1100s as a stew pond for the Canons Brook monastery and later forming part of the grounds of Upper House in the 1700s. Unfortunately, in recent years, the area has been neglected and had fallen into disrepair; however the work carried out by the Council, contractors and local volunteers has helped to unearth this beautiful area once again.

The site is now on the way to returning to its former state, with the original parkland being restored, flood protection for homes in Canons Brook and Fold Croft in place and the general environment being improved for both wildlife and local people.