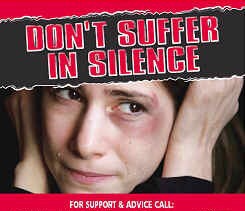 A Domestic Homicide Review (DHR) into the death of a Basildon woman has found that although agencies involved could not have been expected to foresee and therefore prevent the death, a number of learning points and actions could improve the way agencies respond in the future.

Sarah was stabbed by her boyfriend Brendan in August 2015 at her place of work and residence. It is believed, from information provided to the review by her family that Sarah had wanted to end the six month relationship and this may have been a precursor to the homicide.

The review, which was conducted by the Basildon Community Safety Partnership, found that no agency in Essex, or elsewhere, had any contact with Sarah or Brendan in the six months prior to the homicide. Sarah’s mother reported that she had no idea that Brendan posed any risk to Sarah. It was concluded, therefore, that in the immediate time before the homicide, there was no opportunity for it to have been prevented.

However, it was clear that Brendan had a history of abusive behaviour and other complex issues that were known to other agencies outside of Essex. If these had been challenged and worked on at the time it is possible that may have impacted his future actions and encouraged him to maintain healthy relationships in the future.

Scott Logan, Chairman of Basildon Community Safety Partnership, said: “It is evident from the review that Sarah was not aware of the risk she faced when trying to end the relationship. Sarah did not recognise herself as someone in need of help or support from agencies.

“As a result of this review all agencies will be working together to ensure local information on domestic abuse services reaches all residents, including young people. It is imperative that the promotion of these services speaks to all sectors of the community and that people feel confident to seek help.

“I would like to take this opportunity to thank Sarah’s family for their contribution to this review. Without their support, we could not have got a rounded view of the circumstances surrounding this unfortunate tragedy and we would not have been able to learn as much as we have.”

The review contains a number of recommended actions.

Organisations have already begun to implement these resulting in improvements to services.