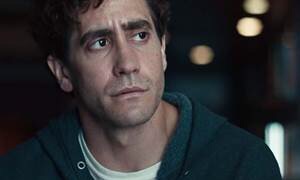 The Festival’s acclaimed Screen Talks series welcomes some of the most exciting international actors and directors in contemporary cinema to discuss their body of work. Jake Gyllenhaal, the compelling and versatile actor of BROKEBACK MOUNTAIN and END OF WATCH, will be giving a Screen Talk about his career and his remarkable performance as a survivor of the Boston marathon bombing in David Gordon Green’s STRONGER, which is presented at this year’s Festival.

The brilliant and always eloquent Annette Bening will discuss her distinguished career and her commitment to playing unconventional characters, including her role as Hollywood screen icon Gloria Grahame in FILM STARS DON’T DIE IN LIVERPOOL. And Argentine director Lucrecia Martel, whose intoxicating and elusive films have seen her critically acclaimed at the world’s top international festivals, will discuss her filmmaking approach and well as her extraordinary new film ZAMA.

The programme of Screen Talks events include:

Hosted by BFI Head of Cinemas and Events, Gaylene Gould