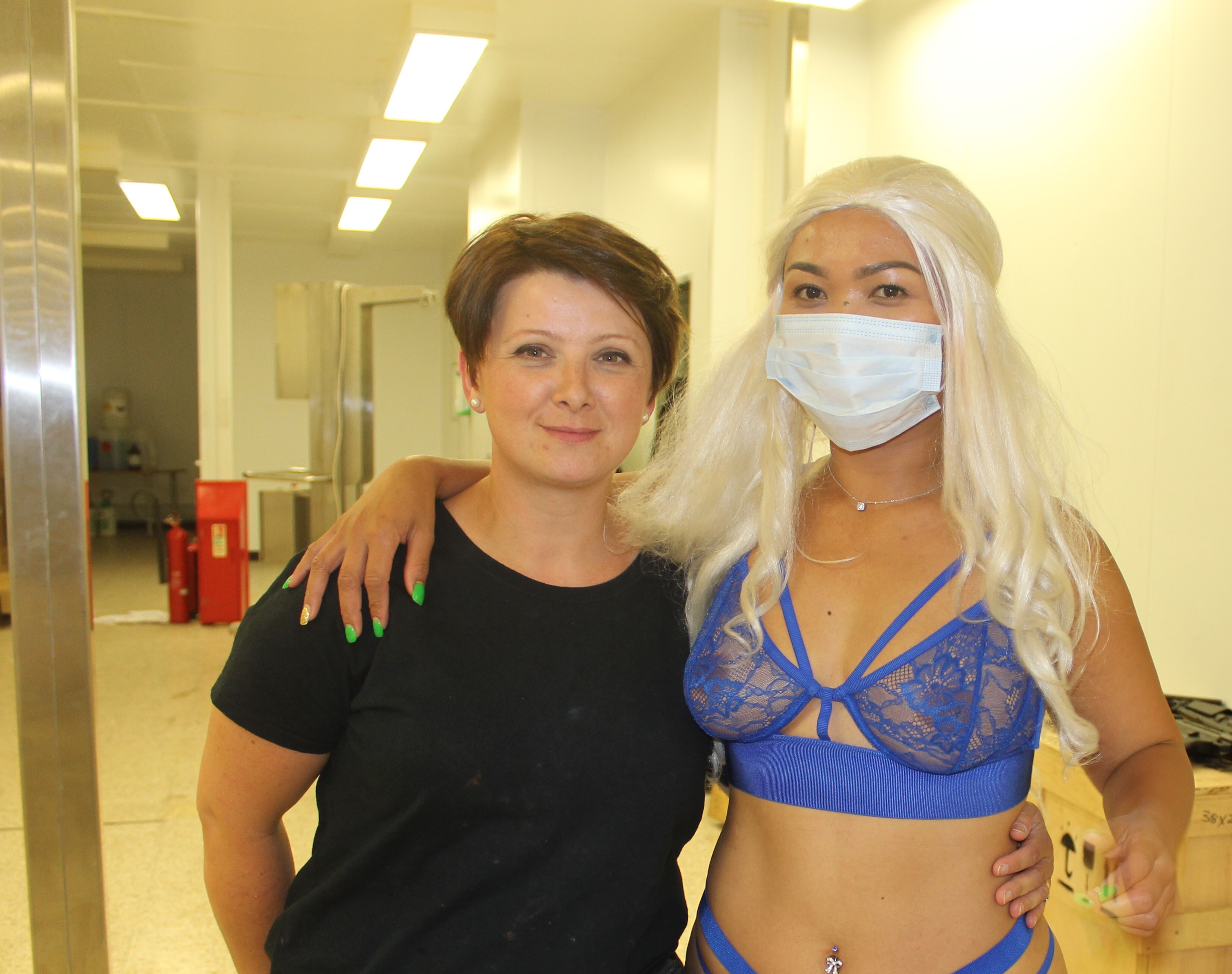 She’s been making the most of her summer on film sets across the county and in exclusive pictures seen by this outlet, model Dhiva Doll has turned up the heat.

Filming scenes for Dead Ringer in Essex, the model can be scene debuting her eye popping curves.

In yet another picture she dons a serious but scary look as she is armed with not one but TWO machine guns. 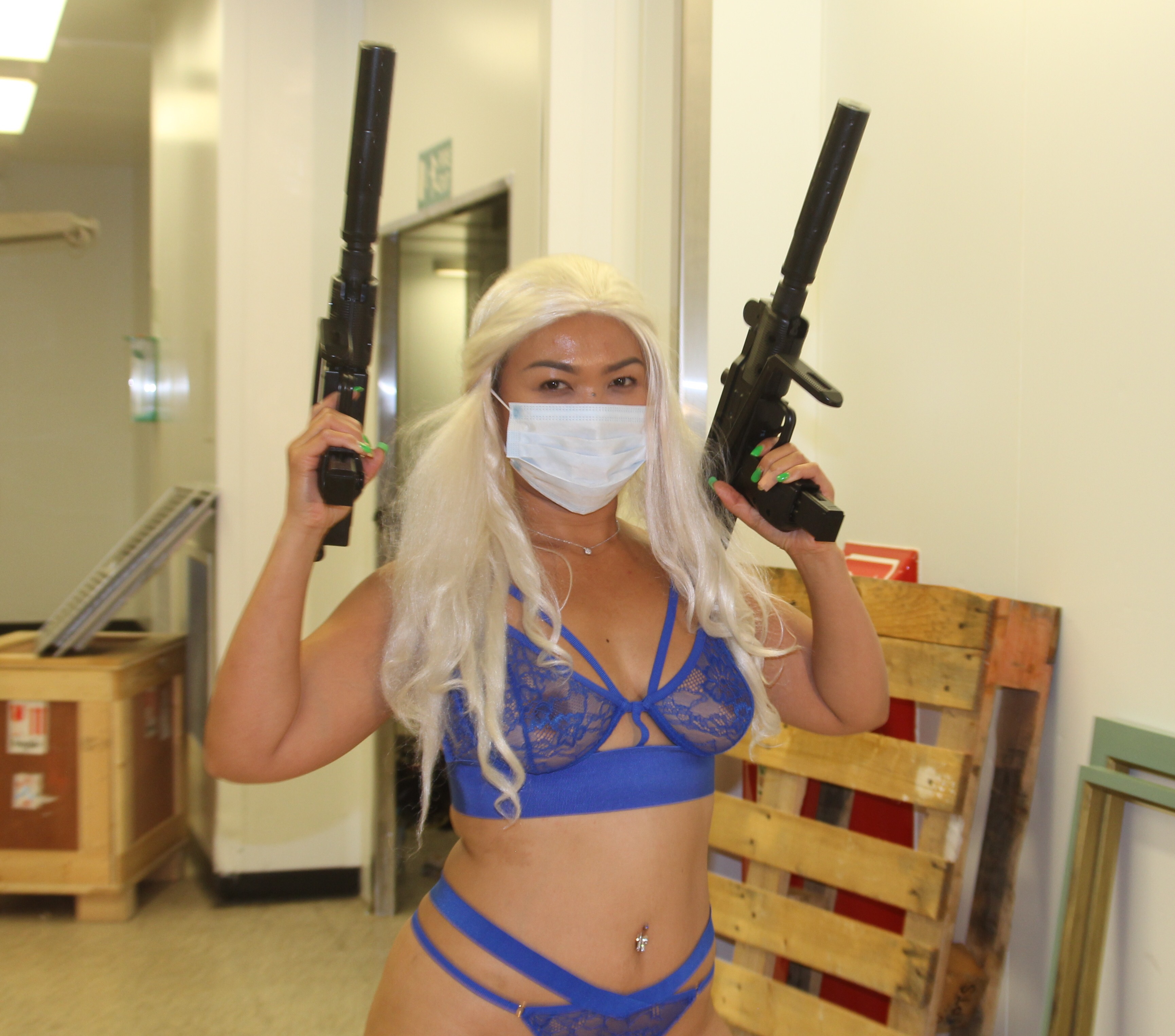 Although it is not known what role the buxom beauty has in the film, Dead Ringer features stars including Ricky Rayment, DJ Tom Zanetti, Danielle Harold and Sinitta.

The flick due out next year is directed by Richard Colton and produced by hotshot entrepreneur Amar Adatia.