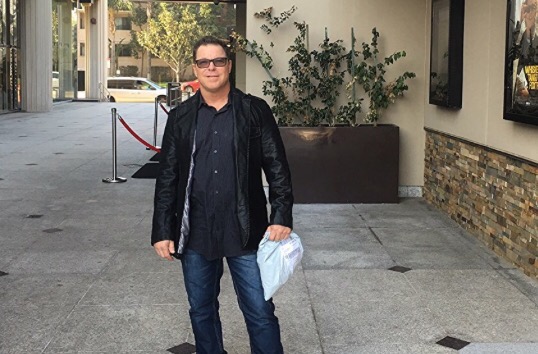 Lyle Howry is a Hollywood heavyweight and famed producer. As he embarks on
his latest project, we pulled him in for a chat.

1. How has the industry evolved over the last 30 years?
First, the advances in technology and digital equipment that is readily available to
most has made the industry more competitive at all levels from indie to block
buster studios. There is a lot of noise and content out there, but the quality
projects seem to rise to the top.

Second, today’s content from morning shows to game shows is far more risquè.
Almost anything is pitched and can get a deal and even run a second season
when it shouldn’t. Most shows on TV today would have been in the bucket due to
restrictions and guidelines 30 years ago, now very little is censored.

Lastly, the current landscape and governing theme have turned to politics. There
is a lot of contention and anger pouring out from every entertainment platform
including social media. It can be like walking on eggshells if you don’t agree on
politics, one could be silenced or blacklisted. What happened to freedom of
speech and respecting the opinions of others? I know everyone doesn’t have the
same mindset, so I just do what I love most. I’m driven to make good, solid,
entertaining work. And when I can, I like to help people in the business.

Sometimes there just aren’t enough hours in a day to do it all, but I will keep
trying.

2. What can we expect from STREET 2 DEATH FIGHT? Anything you can give
away?
Expect to see familiar faces. I am bringing back some of the previous cast of
STREET I. Mark Ryan from “Transformers” and “Black Sails.” The young rising
actress Giovanna Cappetta, whom I adore, and International model Joanna
Krupa from “Housewives” franchise and my film “You Can’t Have It,” both
actresses have pivotal roles along with actor Sean Stewart, son of legendary
music Icon Rod Stewart. You will also see character actress Mindy Robinson and
of course Matt Mitrione, an actual MMA fighter who appeared in the first
STREET. Gregory Fawcett, Shannon Gallagher along with others will also return
with additional acclaimed stars to be announced.

STREET 2 DEATH FIGHT will have a human trafficking element written in the
script. We have partnered non-profits bringing awareness to human trafficking
and will be donating portions of proceeds from the soundtrack and film to these
organizations. Mission Save Her and Phantom Rescue are on our list and will be
playing significant roles in the making of our film. The soundtrack will feature
prominent musicians and artists. Again, we are currently in conversations with
these artists and cannot disclose at this time.

3. What challenges are there in making commercial films in the US in this day
and age?
Financing is always a challenge. When filming domestically, we like to produce in
a state that offers tax incentives to film makers. Tax incentives allow returns on
funds to our investor(s) faster and in return provides more leverage for
promoting, releasing and distributing the movie. California could make some
improvements to the way their incentives are structured to keep projects in the
state. But the best location for the plot is also always considered.

4. You have assembled an impressive cast so far Mark Ryan, Mindy Robinson,
Joanna Krupa, and Giovanna Cappetta to name a few, is casting compete? How
do you choose your actors?
We use traditional casting methods as well as targeting A-listers with a few nondisclosed
names in conversations and options on the table at this time. We will
be able to offer more talent and crew opportunities with the larger cast numbers
on STREET 2 DEATH FIGHT.

5. What can fans of the first STREET film expect from this one and the future
STREET films?
Fans can expect the STREET franchise only to get bigger, more exciting and
merchandise. We are adding more well-known actors to the roster, and an action
packed twisting story line. The audience may or may not think they have the plot
figured out, and it may or may not be twisting at that very moment.
STREET 2 DEATH FIGHT is guaranteed to keep you on the edge of your seat.