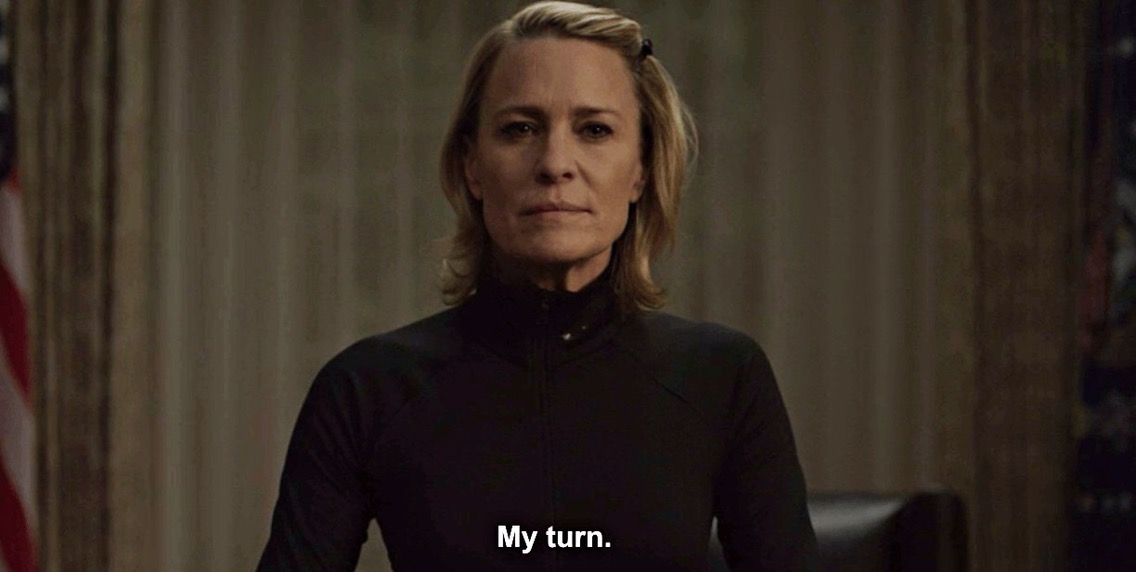 You know what? Netflix have done it again, they have made my June worth living – hailing with two big Original releases from their anticipated series range it will be an exciting time for the viewers.

First on the cards was House Of Cards, the hit American series featuring Kevin Spacey and Robin Wright hasn’t disappointed in the past seasons and the political drama is proving very relevant with everything happening around the world! Remember when we left last season the Underwoods where fighting for re-election as husband and wife as both Frank and Claire were standing as President and Vice President respectively …. Eeeeeek !

Next up its a trip down to prison (well not literary), Orange Is The New Black is back this coming weekend …

It’s coming this weekend on the 9th of June, thabk you Netflix it’s truly a good time to be alive right now!

Netflix teased “Rewarding good behaviour isn’t just for inmates. It’s also for patient fans like you. Season 5 arrives on 9th June, but you don’t have to wait any longer to enjoy this exclusive footage from inside Litchfield Penitentiary.”