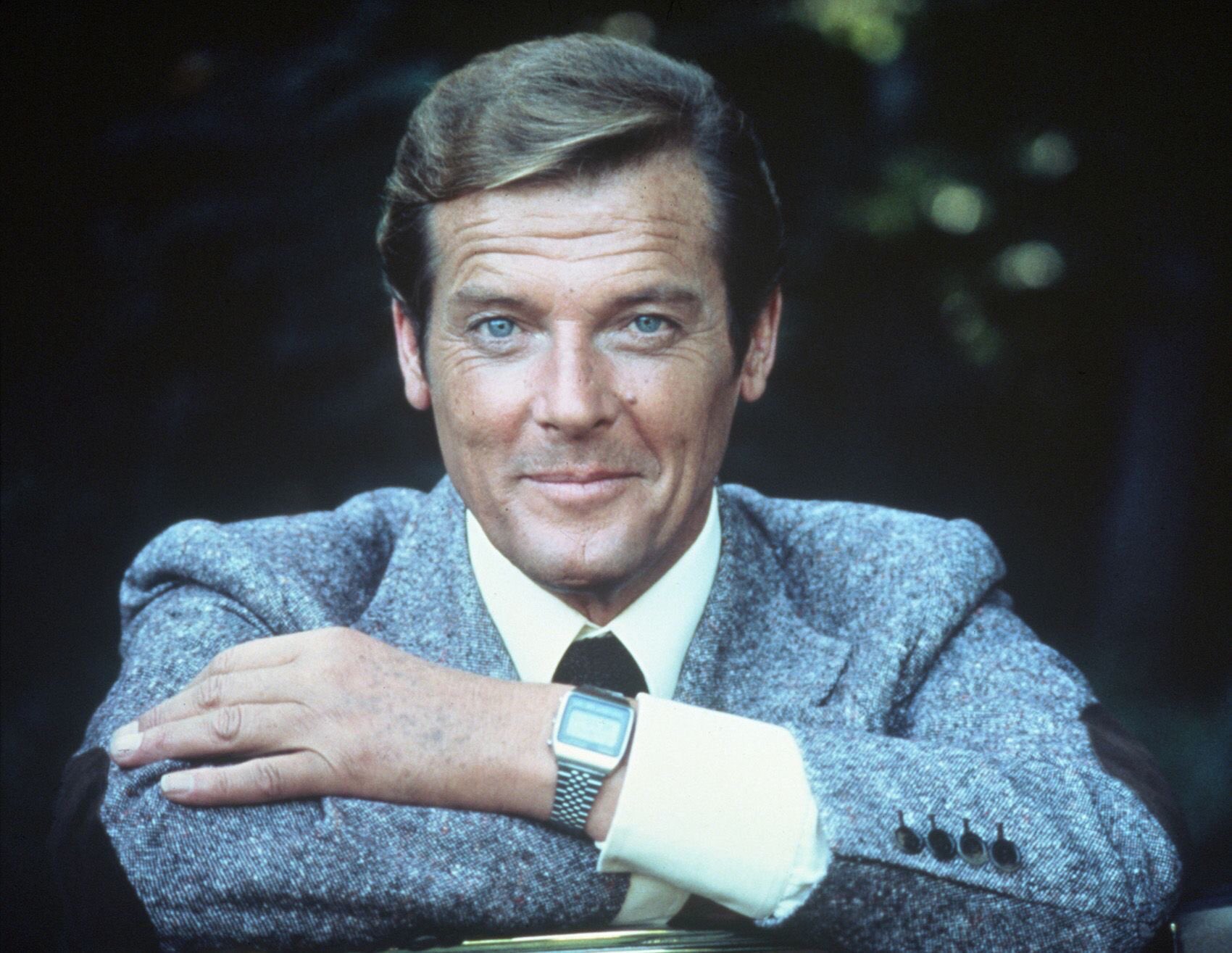 Sir Roger Moore has died. Words I somehow thought I would never have to write, despite his advancing years and the fact that he retired from playing James Bond an unbelievable 32 years ago.

Witty, charming, seemingly ageless, endlessly graceful and unabashedly self-deprecating, he became a genuine cornerstone of British life once he hung up his Walther PPK – tirelessly campaigning for his beloved UNICEF and raising awareness for both animal and human rights. He was seen as approachable in a way you wouldn’t expect a star of his stature to be – before the era of the selfie I once watched him sign autographs for 30 Japanese school children in Carnaby Street. For me that set the precedent of how stars should behave – he appreciated that his public made him the success he was and never knowingly refused an autograph, even while his dinner went cold or he was late for an appointment.

And a star he was – a star of the likes the British film industry doesn’t really make any more. A decade before he was Bond he was the biggest Television star in Europe (if not the world), first in his signature role as Simon Templar – The Saint – and later opposite Tony Curtis in The Persuaders, at the time the most expensive series ever made. No fool, he also produced both series, as well as the Ian Ogilvy follow up Return of the Saint. Between these series he gave a remarkable performance in a seldom-seen horror film The Man Who haunted Himself – had it been between Bond assignments rather than before it would probably be regarded as a classic now.

When the call finally came to play James Bond (he had been Ian Fleming’s original choice but contractually tied up with The Saint, and later had had to forego the opportunity again in 1968 when the plan had been to film The Man With The Golden Gun ahead of On Her Majesty’s Secret Service), Moore embraced it. There was none of this “getting under the skin of Bond” nonsense the actors trot out now – he took the bull by both horns, puffed on a giant cigar and made the part his own. To my generation there simply is no other James Bond.

Live & Let Die, his 007 debut, remains one of the best, and best-loved entries in the series, memorable for its big action scenes, epic soundtrack and Moore running across a fearsome gang of snapping crocodiles… whilst wearing crocodile skin loafers, naturally. Moore was an instant success as Bond – Live & Let Die outgrossed the previous Sean Connery film Diamonds Are Forever and immediately established him as a global box office player. As he continued to keep the British end up in Bond blockbusters The Man With The Golden Gun, The Spy Who Loved Me and Moonraker, he carved a niche for himself away from the franchise as a boy’s own hero in what have became Sunday afternoon television favourites such as North Sea Hijack, The Sea Wolves, Gold and Shout At The Devil. At the time, these films were significant box office successes. Perhaps best of all is The Wild Geese which saw Moore on superb form, tougher than usual, more than holding his own against hellraising co-stars Richard Burton and Richard Harris. He was quite brilliant too in comedy The Cannonball Run opposite Burt Reynolds, playing a nice Jewish boy who thinks he’s Roger Moore. And who can forget his guest spot on The Muppet Show singing ‘Talk to the Animals’ whilst battling puppet animals armed with laser guns. 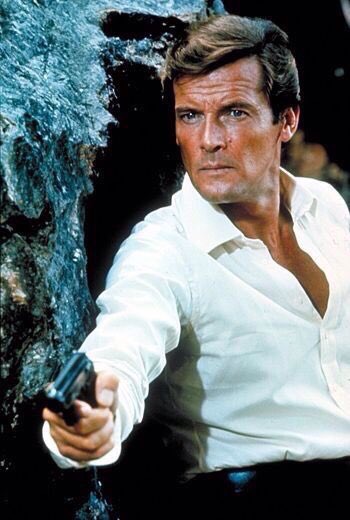 It was easy for retrospective 90s critics to deride Moore’s fashion forward 70s Bond for his safari suits and flared trousers, yet history has proved his Bond to be the style icon of the series – Moore’s uniform of navy blazer, grey trousers and Ferragamo loafers has become a de facto classic. He was a movie star of the Cary Grant school – you’d never catch him out and about wearing a T-shirt and flip flops.

Come the 80s and he was voted ‘world film favourite’ by the Hollywood Foreign Press Association and by the time he played Bond for a fifth time in For Your Eyes Only he was one of the most bankable actors in the world. Octopussy wiped the box office floor with the ‘rogue’ Sean Connery Bond Never Say Never Again when they went head to head in cinemas in 1983.

Two years later as Moore battled Grace Jones in A View To A kill, he was drawing criticism of hanging onto the role for too long but the simple truth was that the producers just couldn’t find a credible replacement. And for me at least, they still haven’t.

Throughout the eighties and nineties Moore would dip his toe in films from time to time – who can forget his piglet-carrying cameo in the utterly bonkers Spiceworld The Movie – but his passion became the charity UNICEF, for whom he travelled the globe as a tireless roving ambassador. He was introduced to UNICEF by Audrey Hepburn and realized that his fame was a gift that he could use to make the world a better place. Sir Michael Caine, his best friend, once said “My two least favourite things are long haul flights and giving speeches but that’s all he does for UNICEF”. Moore raised millions for UNICEF, as well as crucial awareness, and encouraged a wide range of celebrities to devote their time to the cause.

His knighthood came not for his film career but for his charity work. Ironically, in retirement, he became something of a Saint all over again.

I am very lucky to count two of his three children, Geoffrey and Deborah, as good friends and my heart goes out to them today.

Deborah is a wonderful actress I’ve been lucky enough to have in two movies and Geoffrey is an actor turned successful entrepreneur, with interests including the wonderful hush restaurant in Mayfair with long-term friend Jamie Barber.

There was a time when it was the done thing to be sniffy about Sir Roger’s acting – the critics would look down their noses. The late Bryan Forbes once asked him if he thought about how he’d die.

His typically self effacing reply was “I’ll wake up one morning, read my first good review in the paper and die of a bloody heart attack.” Sadly it was cancer in the end, but hopefully Sir Roger left us knowing that he was one of the silver screen’s most cherished icons.

Farewell, the last of the gentleman movie stars.