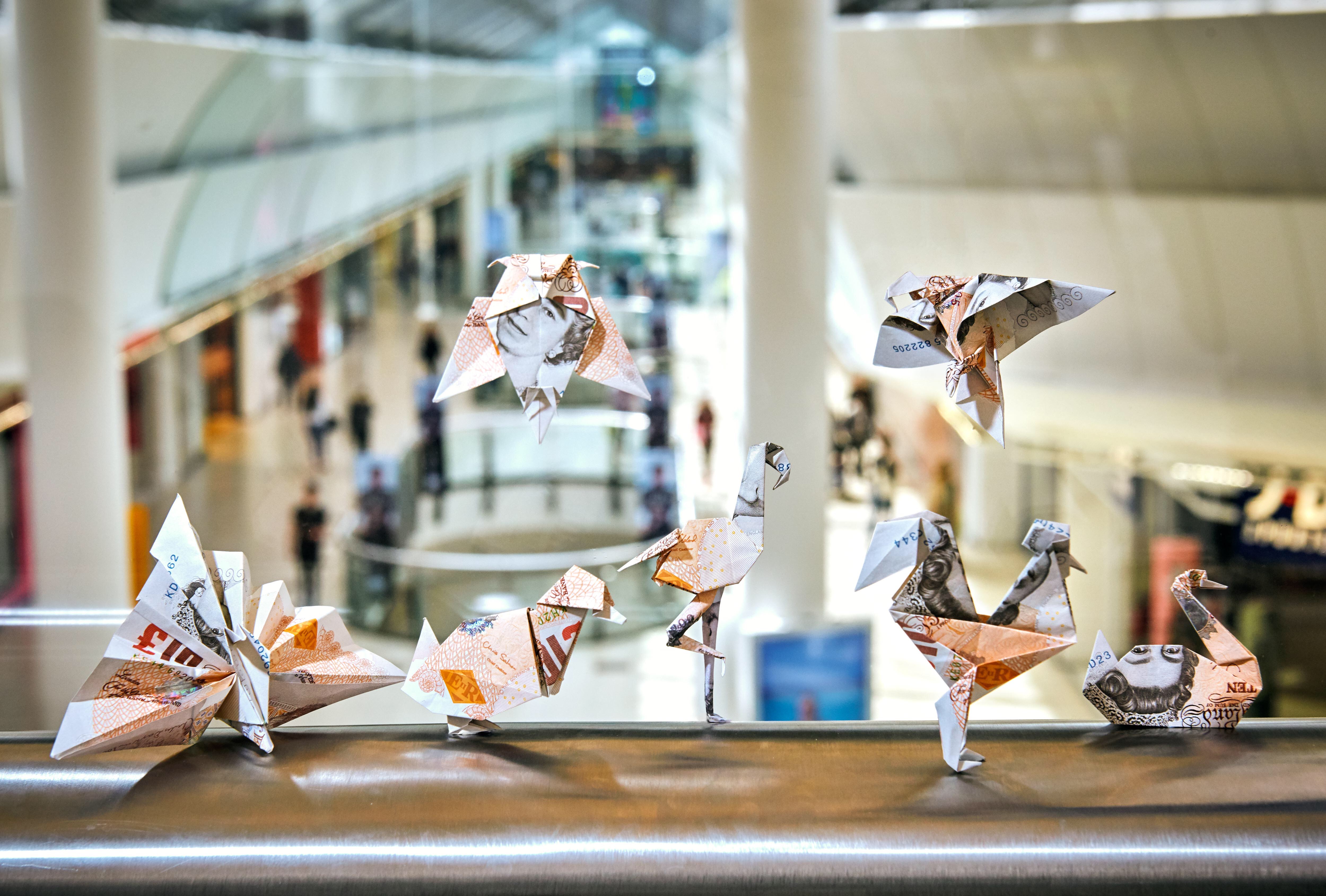 Hundreds of origami birds worth thousands of pounds have been folded and set free across 14 shopping centres nationwide including intu Lakeside, intu Uxbridge and intu Watford, following new research revealing that unexpectedly finding money is the nation’s most joyful surprise.

A team of experts spent over 130 hours folding hundreds of origami birds worth £10 each, which are being hidden to surprise and delight shoppers nationwide by intu, owner of some of the UK’s largest and most popular shopping centres.

The Spring release of the origami birds is part of intu’s pledge to make customers smile and follows research that it’s the simple surprises that bring the most happiness.

Finding money was voted the Greater London’s happiest surprise, followed by hearing from an old friend unexpectedly, getting a refund you thought was a bill, hearing your favourite song come on the radio and getting a compliment from a stranger.