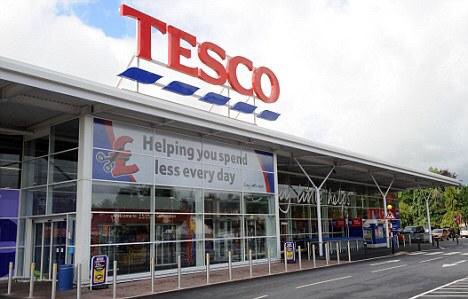 Tesco and Cancer Research UK announced today the retailer has raised more than £40 million for the charity over the last 16 years, making the charity partnership one of the biggest ever in the UK.

Over £20 million of the total has been raised through Tesco’s hugely successful sponsorship of Race for Life, Cancer Research UK’s biggest annual fundraising event. As flagship sponsor, Tesco is integrated into all elements of the event series and has generated income through staff fundraising initiatives, in-store events and CRM products. Since the sponsorship began in 2002, nearly 300,000 Tesco colleagues have taken part in a Race for Life event.

As it embarks on a new health campaign to help colleagues and customers take steps to improve their health, Tesco will turn pink this weekend to support Race for Life. The event will see thousands of Tesco colleagues wear something pink in an effort to raise money for Cancer Research UK. Volunteers from the charity are invited into Tesco stores to fundraise, while in 200 F&F stores, customers will be able to donate their pre-loved clothing, shoes and accessories to Cancer Research UK to sell in its shops. In addition to this, throughout April, May and June, Tesco is aiming to raise over £350,000 through CRM products.

In 2012, Cancer Research UK was Tesco’s Charity of the Year and the supermarket raised over £12 million, against a £10 million target, through staff fundraising, customer donations and suppliers. In addition to Race for Life and Charity of the Year, the £40 million has also been achieved through stock generation campaigns for Cancer Research UK’s shops