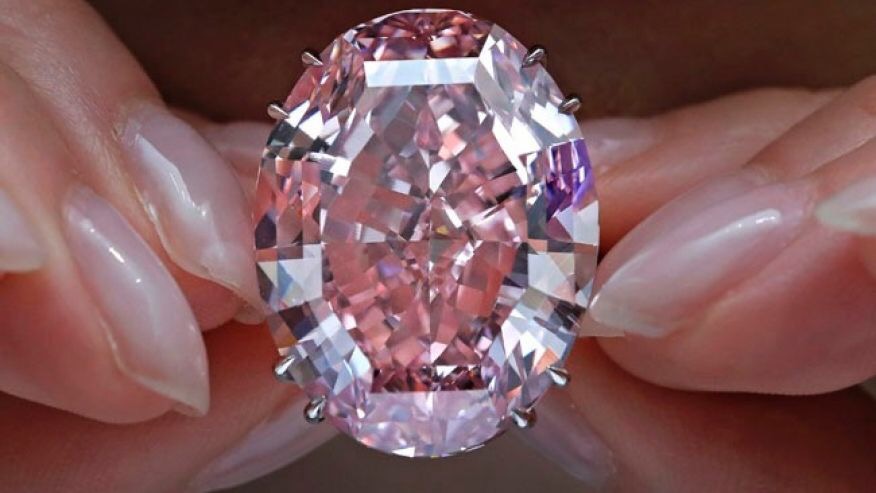 Sought after by three clients, the Diamond nicknamed the “Pink Star” has become the most expensive jewel sold at auction to date and was sold to a telephone bidder.

The diamond was graded by the Gemological Institute of America and is roughly the size of a quail’s egg.

De Beers mined the gem in 1999 and the 132.5 carat and rough diamond was cut and polished over a period of two years by Steinmetz Diamonds.

The “Pink Star” was previously sold for more than 83 million dollars by Sotheby’s in 2013 however the sale fell through due to the winner failing to pay.