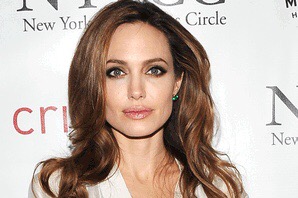 Look to the Stars

Angelina Jolie wrote an op-ed in the NY Times last week, urging the US government to rethink their stance on refugees.
“Refugees are men, women and children caught in the fury of war, or the cross hairs of persecution,” wrote the actress and Special Envoy to the UNHCR. “Far from being terrorists, they are often the victims of terrorism themselves.
“The lesson of the years we have spent fighting terrorism since Sept. 11 is that every time we depart from our values we worsen the very problem we are trying to contain. We must never allow our values to become the collateral damage of a search for greater security. Shutting our door to refugees or discriminating among them is not our way, and does not make us safer. Acting out of fear is not our way. Targeting the weakest does not show strength.
“We all want to keep our country safe. So we must look to the sources of the terrorist threat — to the conflicts that give space and oxygen to groups like the Islamic State, and the despair and lawlessness on which they feed. We have to make common cause with people of all faiths and backgrounds fighting the same threat and seeking the same security. This is where I would hope any president of our great nation would lead on behalf of all Americans.”