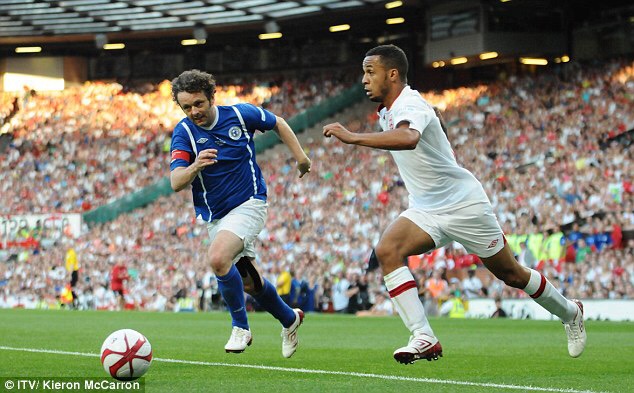 UNICEF UK has announced that Soccer Aid 2016, broadcast exclusively on ITV, has raised a record-breaking £6.6 million for its life-saving work for children.

Thanks to the generous support of the UK public and ITV viewers, and the UK Government matching all public donations pound for pound, this figure has smashed previous records set by the biennial event.

Soccer Aid 2016 took place at a packed out Old Trafford on 5th June 2016 and was broadcast live on ITV. The match saw celebrities and football legends come together for the tenth anniversary of the star-studded event to play an enthralling game of football whilst raising vital funds for Unicef, the world’s leading children’s organisation.
A crowd of almost 70,000 turned out at Old Trafford to witness England defeat Rest of the World 3-2 in another pulsating encounter between the two sides.

Robbie Williams, Unicef UK Ambassador and co-founder of Soccer Aid said: “We said we wanted to smash our fundraising record for Unicef and we did it! Thank you so much to everyone who came to the match or donated on the night; you helped make it the biggest and best Soccer Aid so far. In the ten years since Soccer Aid began we’ve raised £24 million for Unicef so they can help keep even more children safe. That’s incredible and something we could only dream of when Soccer Aid began all those years ago.”

Michael Sheen, Unicef UK Ambassador and Rest of the World captain added: “What a match! I admit I was disappointed England snatched the trophy back from Rest of the World this year, but Soccer Aid is about so much more than football. Thanks to the generosity of the public and the UK government matching donations pound for pound, this year’s event raised more than ever and really will help Unicef make a difference to children’s lives.”

The money raised through Soccer Aid 2016 will help Unicef to improve health and nutrition for over 1.2 million women and children in Zimbabwe, Myanmar and Ethiopia, as well as providing children all over the world with life-saving food, vaccines and clean water, and protecting them from violence, exploitation and abuse.