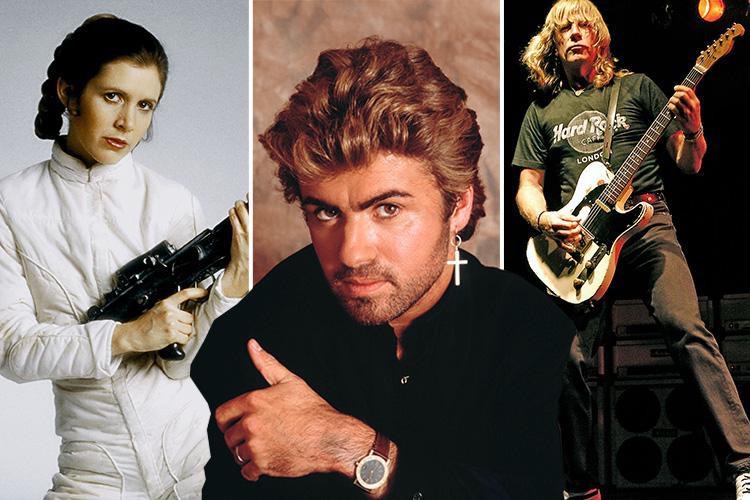 George Michael: ProfilePETA has paid tribute to George Michael and Carrie Fisher, both of whom passed away over the holiday break.

“Everyone at PETA will remember George Michael as a music legend who had a big heart and a legendary love of dogs,” said PETA Senior Manager Andrew Bernstein.

“As charitable as he was talented, George joined fellow singer and animal advocate Morrissey just earlier this month in leading other musicians as well as actors in calling on the British government to crack down on the illegal pet trade and enact new laws that would help improve welfare standards for animals. George was a devoted guardian who found it hard to be away from his canine companions when he had to travel. During a 2012 tour, the singer and his crew made a photo collage of their animal companions. This “Dog Wall” traveled with them everywhere they went and was later auctioned off. The world has lost a phenomenal singer and a beautiful voice for animals.”

Bernstein went on to say about Carrie Fisher:
“We at PETA join the world in mourning the loss of Star Wars legend Carrie Fisher. She may be best remembered for her iconic role as Princess Leia, but we fondly remember her for her devotion to her dog, Gary. An unabashed dog defender and PETA supporter, she called Gary her ‘heart’ and took him everywhere, including to red carpet events, on her Star Wars: The Force Awakens press tour, and on a recent book-signing tour for her memoir, The Princess Diarist. She was outspoken about helping animals in need: Just this past June, she joined a demonstration outside London’s Chinese embassy to call for a ban on the country’s annual Yulin dog-eating festival, in which thousands of dogs and cats are bludgeoned or even skinned alive before being butchered for meat. ‘These poor dogs need us to fight for them,’ she said. ‘Every single one of them is as precious as my dear Gary, every one of them is someone’s best friend.’ Fisher will always be remembered for her phenomenal talent, passion, honesty, love for dogs, and dedication to helping others.”