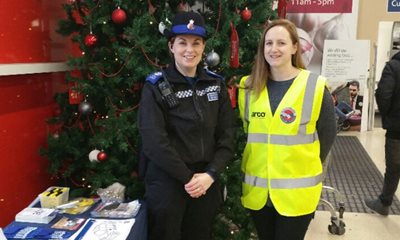 A Loughton based PCSO recognised a number of offences in the area and secured funding to help reduce the crime.

Following a spate of number plate thefts in Waltham Abbey and the surrounding area in the last six months of 2015, PCSO Hayley Shelton from Loughton’s Community Policing Team successfully bid for £750 from the Proceeds of Crime Act (POCA) Board to pay for 1,000 anti-tamper number plate screw kits.

She along with her colleague PCSO Louise Coveney and some of Waltham Abbey’s Active Citizens have been working to tackle the problem by offering residents the kits over the last few weeks.

The kits have been given to residents free of charge and some have also been supplied to a number of car sales garages in Epping and Loughton to fit to their new vehicles.

Hayley said: “I procured these kits via a POCA bid I obtained last year and it is lovely to see that the Proceeds of Crime act has funded this crime reduction initiative.