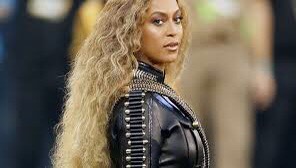 Celebs Gone Good is an annual list that recognizes the year’s top celebrities who use their star power for social change.
Beyoncé topped this year’s list for using her platform to bring light to a variety of causes including representation of black women in popular culture, the water crisis in Flint, Michigan, and gender equality. The Lemonade singer also put the spotlight on the #BlackLivesMatter movement by sharing the red carpet at MTV’s VMAs with the mothers of Trayvon Martin, Eric Garner, Michael Brown and Oscar Grant III.

Additionally, Beyoncé teamed up with Jay-Z to host a charity concert with Tidal to benefit the poverty-fighting organization, The Robin Hood Foundation.
Hamilton creator Lin-Manuel Miranda may have been “Non-Stop” this year with the success of the hit musical, but he made time to elevate causes close to his heart.

As a tribute to the victims of the Pulse nightclub shooting in Orlando, Miranda teamed up with Jennifer Lopez on a song called “Love Make the World Go Round” and donated proceeds to the Hispanic Federation’s Proyecto Somos Orlando initiative. He also used his Tony Awards acceptance speech to pay tribute to the victims and reminded everyone that “Love is love is love is love.” Later this year, Miranda and his mother partnered with the celebrity fundraising platform Prizeo to offer a lucky winner the chance to see Hamilton in New York, Chicago, and San Francisco to raise funds for Planned Parenthood.