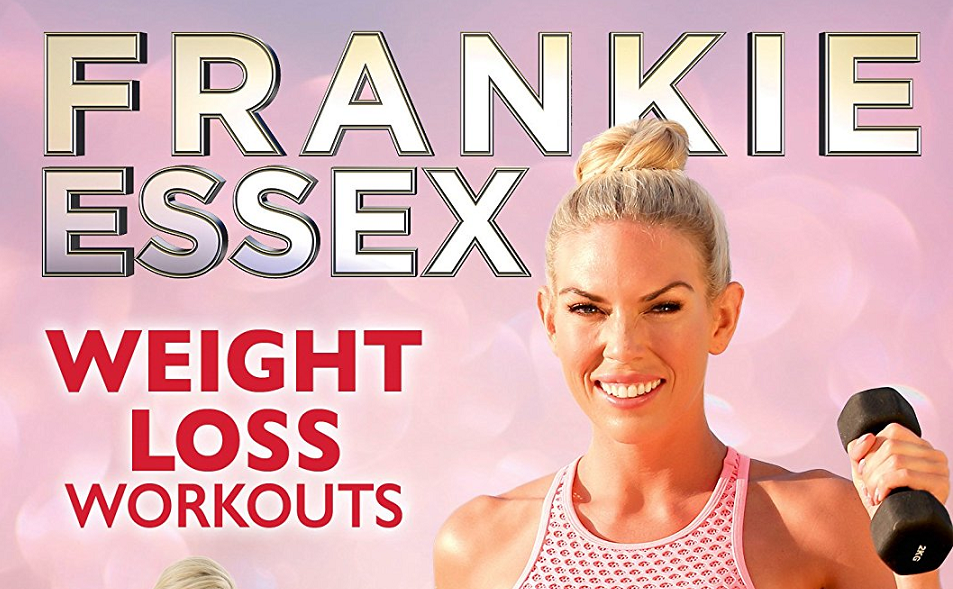 Every year a handful of celebrities release a fitness DVD, with the cover usually featuring them before and after their (often) dramatic weight loss. The most popular time for celebs to release them is just after Christmas, and it’s no wonder, what with, on average, each person gaining 1-5lbs (0.5-2.5kg) over the festive period. However, last month Frankie Essex broke this tradition and released her debut fitness DVD, Weight Loss Workouts. ‘Summer bodies are made in the winter and it’s a great idea to get started now instead of January like everyone else – especially when it’s a bit of a fad in January and a lot of people give it up after a few weeks,’ she says. We spoke to the former The Only Way Is Essex star to find out a bit more about her new title…

Hey, Frankie! What made you want to do a fitness DVD?
They approached me after I had already started training actually so I decided to just go for it. It was amazing that that company believed in me, it gave me a boost of confidence and so I took the opportunity.

What makes your DVD different from other celebrity fitness DVDs?
It’s just me and Lisa [Nash, her personal trainer] – normally there’s more people and lot of DVDs have male trainers in them as well. I feel like mine is more intimate and obviously it was filmed with amazing views in Crete on Mount Ida making it lovely to look at it. It was a lot of fun to make although hard work especially in the heat! Lisa’s also an Essex girl and we got on really well and had a lot of banter. It’s very high intensity and I really get a sweat on which I don’t think you do in some other fitness DVDs.

Who is the DVD targeted at?
Anyone and everyone – if you’re already fit – you can still do it just do it twice over and double it up. It’s for beginners and experts but it’s not easy it really gets the blood pumping! It’s there to make you lose weight so it’s not going to be easy!

Why did you release it before Christmas, instead of just after (a popular time for people wanting to lose weight)?
Summer bodies are made in the winter and it’s a great idea to get started now instead of January like everyone else – especially when it’s a bit of a fad in January and a lot of people give it up after a few weeks. If you don’t want to feel sluggish starting the New Year off it’s a great thing to start now especially in the winter when a lot of people spend more time indoors.

Would you ever consider endorsing a weight loss brand?
For me it’s more about happiness in my head, fad diets are just about losing weight, they’re not good for keeping you happy. Working out gives you endorphins and makes you happier – it’s like my own anti-depressant.

Which social media platform would you say is best for promoting your DVD?
Instagram and Snapchat because I post clips to give an insight into the DVD itself and the workouts.

The celebrity fitness DVD market is lucrative, what do you think makes them so successful?

I’m a reality star and I have been in the public eye for so long and have always suffered with my weight and my depression and have been open about it. I started doing this for me, and still am doing it for me, but to help other people by bringing out this DVD is an added bonus and I think people appreciate the honesty.