Kitty Neale writes gritty sagas set in 1950’s South London, and I had the opportunity to find out a little bit more about one of the UK’s favourite authors, and glimpse a rare insight into the writer behind the page-turning stories.

I asked Kitty about her background and how she came to write stories with such a real-life flavour of working class London. She told me, ‘My family moved to Battersea when I was two years old. We weren’t wealthy, just what I would call normal. I was a latchkey kid, playing on old bombsites whilst my mum and dad both worked. Most of the family did factory, unskilled jobs and money was tight. Life was hard during the austere times of a post war Britain, and back then, I think the personalities of men and women were more defined. My childhood has given me great memories to draw on, which make my plots and characters realistic.’

I wanted to know if Kitty had always been a writer. ‘No, no, no,’ she said. ‘I’ve had many different jobs, starting at Arding & Hobbs department store in Clapham Junction. I suppose, over the years I became a bit of a jack of all trades, but I appreciate that I learned to type! It was funny really, I always had a vivid imagination as a child, so much so that my family would be amused by my horrific tales, but it wasn’t until my English teacher at Tennyson Street school saw something in my essays, and told me my punctuation needed work but I could be a writer. Even then, I didn’t write my first novel until 2000. By then, I had been married and divorced with two children, and remarried to Jim, living in leafy Surrey.’ 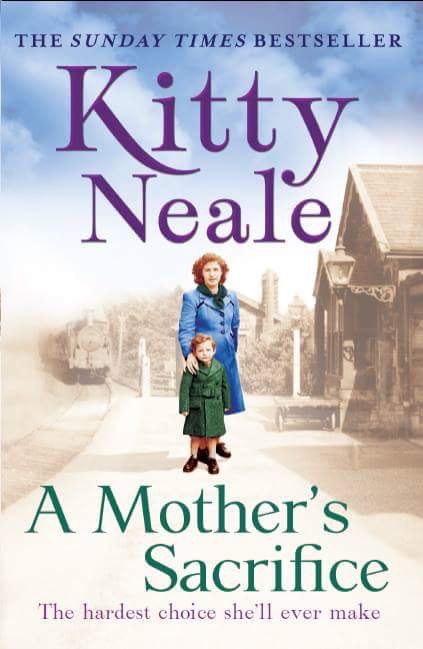 I wondered what made Kitty put pen to paper in 2000. Her poignant response, ‘A catalyst happened in 1998 when my son died, and my life would never be the same again. For a while, with the help of others who had lost a loved one to suicide, we formed a bereavement group, which I chaired for two years. I then had to have major surgery, after which I felt burned out and knew it was time to leave the group. It was a friend who introduced me to writing and so began another twist and turn in my life.’

I thought it would be funny to find out if she had learned and improved on her punctuation since her school days? She said, ‘A few of us fellow writers would meet up at my house each week where I began to learn the craft. And yes, my punctuation still needed work! I found writing cathartic, a way of distracting my grief as I buried myself in the lives of my characters.’

The question that everyone asks, how did you get your first book published? Kitty said, ‘When ‘A Cuckoo in Candle Lane,’ was complete, it was those friends and fellow writers who encouraged me to send it to some literary agents. I sent a synopsis and the first few chapters to five, never expecting to receive anything other than rejection slips. To my amazement, one of the agents, Judith Murdoch, asked to see the full manuscript, then I went on to secure my first contract with a publishing house.’

With sixteen books under her belt, I assumed Kitty must spend all day and every day writing. ‘Not at all,’ she said. ‘I live in Spain now with my wonderful hubby, Jim. He’s been very supportive, bringing me endless cups of tea and doing a fair bit of the housework when sat at my computer in the flow. But I spend a lot of time enjoying my pool in the hot, Spanish sun, and lunches out with friends. My daughter, Samantha and her husband, Simon, live in Spain too so we they’re often here or we visit them. I probably work about five hours a day but with lots of days off. The days away from the computer are good, they help me clarify where the current story is going,’

I asked Kitty a bit of a cheeky question, did she ever pinch plot ideas from other authors? Kitty laughed before answering, ‘no. If anything, I try to avoid reading sagas as I would hate to inadvertently copy someone else’s story, that’s why I prefer thrillers.’

So next I questioned where she got her ideas and inspiration from. She told me that she is a big fan of the show don’t tell method and that ‘one small aspect of a character and a scenario will pop into my head, normally when I’m about two thirds of the way through a current project. I hold on to that thought, write it down and put it to one side until I’ve finished what I’m already writing. Then I’ll return to the idea and the new story will grow from that one, little snippet.’

The BIG question, is Kitty going to retire from writing any time soon? ‘I doubt it,’ she said, ‘not as long as I have a publishing contract with Avon Books. I continue to find writing cathartic, but also a joy, each novel bringing new characters, new emotions and new experiences to explore. I’ve almost finished my latest novel and have the synopsis for the next three!’

Thankfully, it seems we will all be able to enjoy Kitty’s books for a long time yet. Her newest novel, A Mother’s Sacrifice, is due to hit the book shelves on February 9th 2017. The story tells the tale of a woman’s struggle to survive her violent husband, and the sacrifice she is forced to make to protect her own life. It goes on to reveal the harrowing experiences of her daughter and portrays how age, love and time can heal and mend even the most broken of families.

This will be Kitty’s seventeenth novel and is sure to follow in the footsteps of her previous works and become yet another best seller. We wish her all the best.

To find out more about Kitty Neale’s novels, visit her website www.kittyneale.co.uk