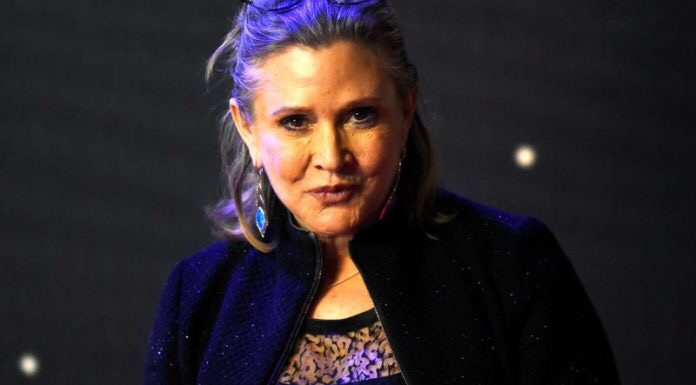 Carrie Fisher, who was born to Hollywood stars Debbie Reynolds and Eddie Fisher but became famous in her own right as Princess Leia in the original “Star Wars” trilogy, died days after suffering from cardiac arrest aboard a flight. She was 60.
Her family released a statement Wednesday saying: “It is with a very deep sadness that Billie Lourd confirms that her beloved mother Carrie Fisher passed away at 8:55 this morning. She was loved by the world and she will be missed profoundly.”

From the moment she first stepped onto the screen in 1977’s “Star Wars,” the character of Leia Organa — whip-smart, wryly funny and fearless enough to stand up to the likes of Darth Vader without batting an eye, with an instantly iconic set of buns on either side of her head — inspired generations of young girls to be bold and inspired crushes in generations of young boys.
Decades later, when Fisher returned to the role in last year’s “Star Wars: The Force Awakens,” she reflected to The Times on her status as a new kind role model in the pop culture landscape