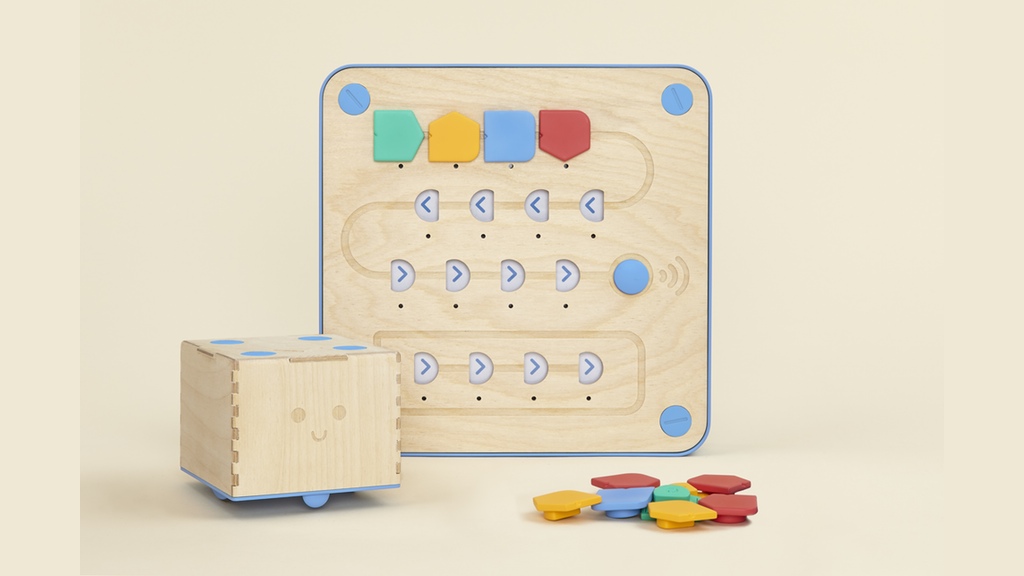 Cubetto, the award winning coding toy that’s getting children ages three and up to learn computer programming away from the screen is officially launching on 1st November 2016.

Educational toys for kids are in demand this Christmas. Among them is Cubetto, a Montessori-approved coding toy, designed to help children aged three years and up to write their first programs using a friendly wooden robot, powered by a revolutionary coding language made of tangible blocks, instead of text on screens.

It provides an important introduction to the subject of computer science, preparing children for the jobs of the future without having them glued to a screen, which is a unique feature of the Cubetto Playset.

CEO and Co-Founder Filippo Yacob explains: “All young children should be empowered to influence the future direction of the digital world we live in, but many are found to still lack computing and coding knowledge from a young age. Cubetto tackles this shortfall by encouraging simple hands-on play that makes learning so much more approachable for all, perfect for schools that teach coding. Coding is becoming such an essential part of the future, teaching this skill to children really does set them up well for the future. This process will obviously become much more complex in the future, but introducing coding to children this way is a nice way to try and get them to understand. When they’re older, they might even decide to find the best places to learn to code even further.

“Learning in the early years should be fun! The beauty of Cubetto is that it eliminates the need for a computer screen, ticking the box for hands-on play and making learning much more enjoyable while also developing logical thinking, sequencing and coding skills.”

Cubetto represents a significant benchmark in the field of computer programming, as it significantly lowering the age barrier for learning to code by removing a screen-based interaction.

Earlier this year, it broke crowdfunding records by raising $1.6m on Kickstarter, becoming the most crowdfunded ed-tech project in history. It most recently won “Best of the Best” for design concept at the Red Dot Awards, along with a Gold Lion for product design at the Cannes Lions International Festival of Creativity. To be recognized by Red Dot, achieve the highest possible award, and trump fierce competition from 4,689 entries, is a huge step for Primo’s design-obsessed team.

The aim of the toy is to control Cubetto, a friendly wooden robot who likes to be told where to go and how to get there, by creating sequences of instructions (programs) using the colorful blocks placed on Cubetto’s “board” or “control panel”. See Cubetto in action here

Cubetto is in equal parts tech-innovation, educational tool, and a fun open-ended game, simple to set-up and grasp for both children and adults, providing an easy way for parents and children to spend more time together having fun while learning an important skill for the future.

Primo Toys Investor Randi Zuckerberg explains: “What I love most about Cubetto is that it will give girls and boys the opportunity to learn the basic building blocks of coding, without being glued to a computer screen. As a mum, that’s a dream.”