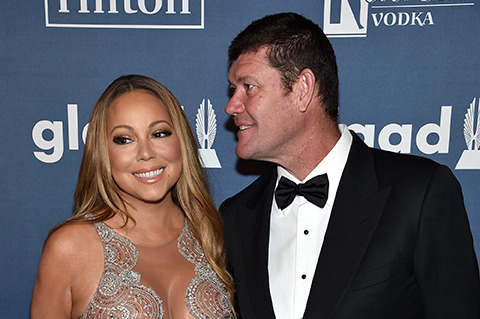 According to reports Mariah Carey has demanded that ex fiancée James Pecker is to buy her a Los Angeles mansion in a £50 million settlement battle.

Mariah Carey was apparently ask to leave their joint luxury Calabasas estate when the relationship ended last month but she strongly refused.

Mariah Carey is looking for a handsome pay out as the star states she up rooted her 2 children to California from New York to be with the billionaire tycoon.

It seems problems started to happen when Scientology Tommy Davis former chief spokesperson for the church of Scientology was brought in to help with spending matters in James’s business.

Mariah Carey has been seen hitting the town proving to her ex fiancée that she has moved on.

She has also been seen to still be wearing her £10m engagement ring   given to her by her ex fiancée James Pecker even though it has been pictured on the other hand.

Mariah claims that James promised to look after her financially and this is something that she is determined to stick to.

Mariah had to cancel her South American leg of her tour due to trauma of what is going on, she tweeted to her fans ” you deserve better other than to be treated like this” mainly blaming the promoters.

The pairs engagement came to an end on a luxury yacht in Greece in September.

Mariah Carey has spoken out to say that it was not her excessive spending that brought the relationship to a holt, there are other speculations directed at James for infidelity but these have not been confirmed or denied.

A spokeswoman said ” Right now they are not sure they can be together. They will be trying to work things out, but they will release an official statement regarding their future together.”