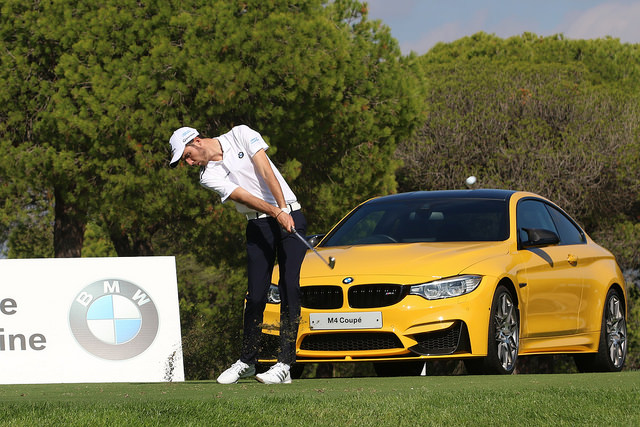 Hertfordshire’s Harry Goddard posted an impressive course record to take a three-shot lead in the boys’ event after the first round of the 2016 Telegraph BMW Junior Championship at Portugal’s Quinta do Lago resort.

The 16-year-old from Cheshunt, who played in the event in 2014, blasted nine birdies including a miraculous recovery from 190 yards to within 20 feet for a rare par at the water-filled 12th.

His only blemishes came with a dropped shot at the third hole and a double bogey at the 17th. But he atoned for that at the last in some style. With his ball plugged in a greenside bunker he used the tricky slope to great effect and was soon signing for a six-under-par 66.

“I knew where I was with the experience of playing here before [aged 14],” said Goddard, currently studying sports science at Herts Regional College.

“Back then I tried not to embarrass myself and come last with the small field. This year, I’m out to win and so a bad score was never in my mind.”

Goddard’s year has consisted of no missed cuts while his score here mirrored that of his British Boys’ performance when he finished second in the strokeplay.

He was one of only four juniors under par across the 21-strong field after day one of the prestigious event, including Essex’s Lily May Humphreys, who takes a two-stroke lead into the second round.

For a 14-year-old, she is seemingly far from overawed in this pressure-cooker environment. With the scoreboard visible at the turn, she saw several opponents in red and willed herself on to secure a birdie on the ninth, her fourth in six holes.

“I like seeing what the field is doing. Sometimes I get a bit too obsessive but I like competing against my rivals,” she said.

“I’ve achieved all my goals this year,” added Humphreys, who recently joined Newton Green GC in Suffolk. And some. She ended up with three national under-16 titles, lowered her handicap to plus two, finished fourth in the girls’ order of merit and was also selected for under-18 national squad events.

Hailed by 2014 European Ryder Cup captain Paul McGinley as one of junior golf’s Majors, the tournament is being staged for the third year running on Quinta do Lago’s North Course, one of three 18-hole championship courses at the luxury resort. 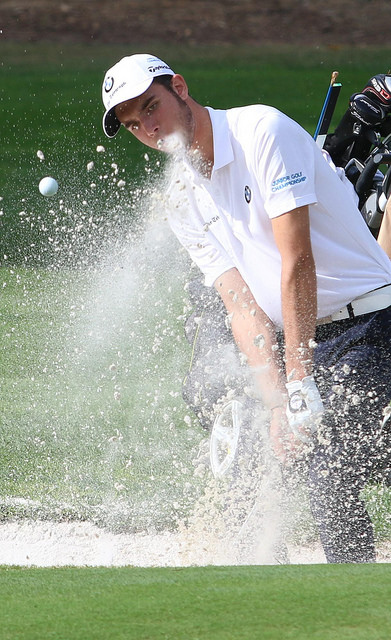 The redesign of the North Course and the opening of the highly-acclaimed new Bovino Steakhouse are among a number of high-profile changes at Quinta do Lago, and competitors will have the chance to experience the resort’s full array of luxury facilities as well as enjoying complimentary accommodation at the nearby five-star Monte da Quinta Resort.