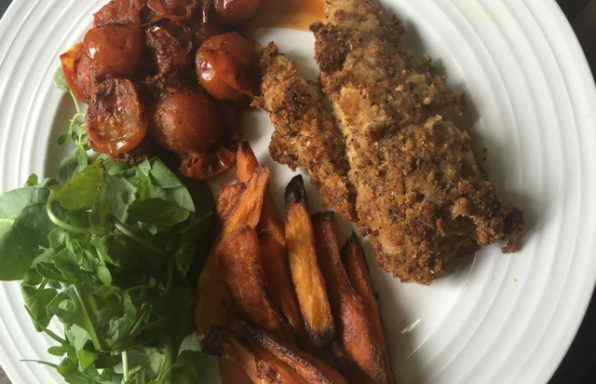 With nearly two thirds of the British population being overweight or obese the majority of the population needs to try and correct the problem now before it leads on to problems caused by obesity which include diabetes 2, heart failure, kidney failure and a host of other health problems.

However, finding the right diet has been difficult, if not nearly impossible. Many have found that they can try diets like Keto with decent luck, though some find themselves stuck in ketosis but not losing weight. Many weight loss diets work for a short time but many people fail to keep the weight off. Some involve fasting which can be difficult in today’s busy world, while other’s involve strenuous exercise which for some people is a no go area such as people with a disability, those who are dependent on steroids to keep them alive, are just a tiny example which can rule out any chance of success – until now.

Many food shoppers (usually women) have full time jobs as well as providing food for the family and time doesn’t allow one person to provide separate meals for all the family. What is needed is a lifestyle diet that all the family can enjoy and benefit from.

The SugarNoNo Lifestyle diet is a simple solution to the problem, which doesn’t involve fasting or even going hungry. It does however involve discipline and you’ll need to make some sacrifices such as cutting out sugar loaded food and drinks but the SugarNoNo Lifestyle diet will guide you along the road to a slimmer and healthier life. Families even have the opportunity to look at various diet app reviews to find other guides and applications that can make dieting a little easier for you and your family’s health and fitness progress.

The SugarNoNo Lifestyle Diet will help you free yourself and your family from the sugar dependency that has been forced upon you. It has been proven that sugar is more addictive than heroin and we all love the stuff (sugar that is). The problem is that sugar will load on the pounds faster than eating a pound of lard. Food and drink producers love sugar but hide the fact in the small print. Very few of us have the time to do the weekly shopping going armed with a calculator and a magnifying glass. We see something that looks nice on the packet and dump it in the basket without reading the small print or calculating just how much sugar has been added to suit our sweet tooth. Even products like a hot curry (which we assume will be spicy rather than sweet) can be loaded with sugar. Sounds confusing we know but the SugarNoNo Lifestyle Diet plan will help you on the way to understanding the problem, losing weight and living healthier.

The diet has been created and tested by Stephen Linden-Wyatt whose family suffer from Diabetes and many other health problems and disabilities. Stephen stated “when my mother was diagnosed as suffering from type 2 diabetes I started to search for a list of foods for diabetic people but found that there were a few books available but very little else. As both my parents and my sister are disabled, I do the bulk of cooking and was surprized to see just how much sugar is hidden in a product. I joined a few of the leading Diabetes charities but the only advice I was given was to eat as normal but in moderation. I then continued searching and came across some shocking facts such has every week 175 people have a limb amputated due to Diabetes. It came as a shock to me as I considered the health risk behind being diabetic and ultimately the risk of loss of life. People can find diabetes life insurance quotes here to research into the best ways to cover themselves in the event of the worst happening. I started to wonder how many of them were “eating as normal but in moderation”.

Stephen goes on to state “it has taken me 18 months to develop cook and test all the recipes and thanks go to my family for being Guinea pigs as some didn’t end up as intended and ended up having sandwiches for dinner on more than one occasion.

The diet has been designed to make it easy on both the breadwinner and chief provider. It is aimed at a wide audience and should be beneficial to anyone wishing to reduce the damage Sugar is causing. For years we have been told that fat and salt were bad for us but new testing methods are showing that sugar is more dangerous than either fat or salt. The diet is aimed at helping to solve the obesity problems which were highlighted by the Public Health England report on sugar reduction: The evidence for action . The only part of the report taken up by the Government so far is the introduction of the sugar tax which on its own will do little to help reverse the damage being caused by excessive sugar intake.”

The SugarNoNo lifestyle diet cost only £24.95 per family (user) and comes with the back-up of a community of fellow dieters, meal plans and over 100 tried and tested sugar-free recipes. More on the SugarNoNO diet can be seen here.