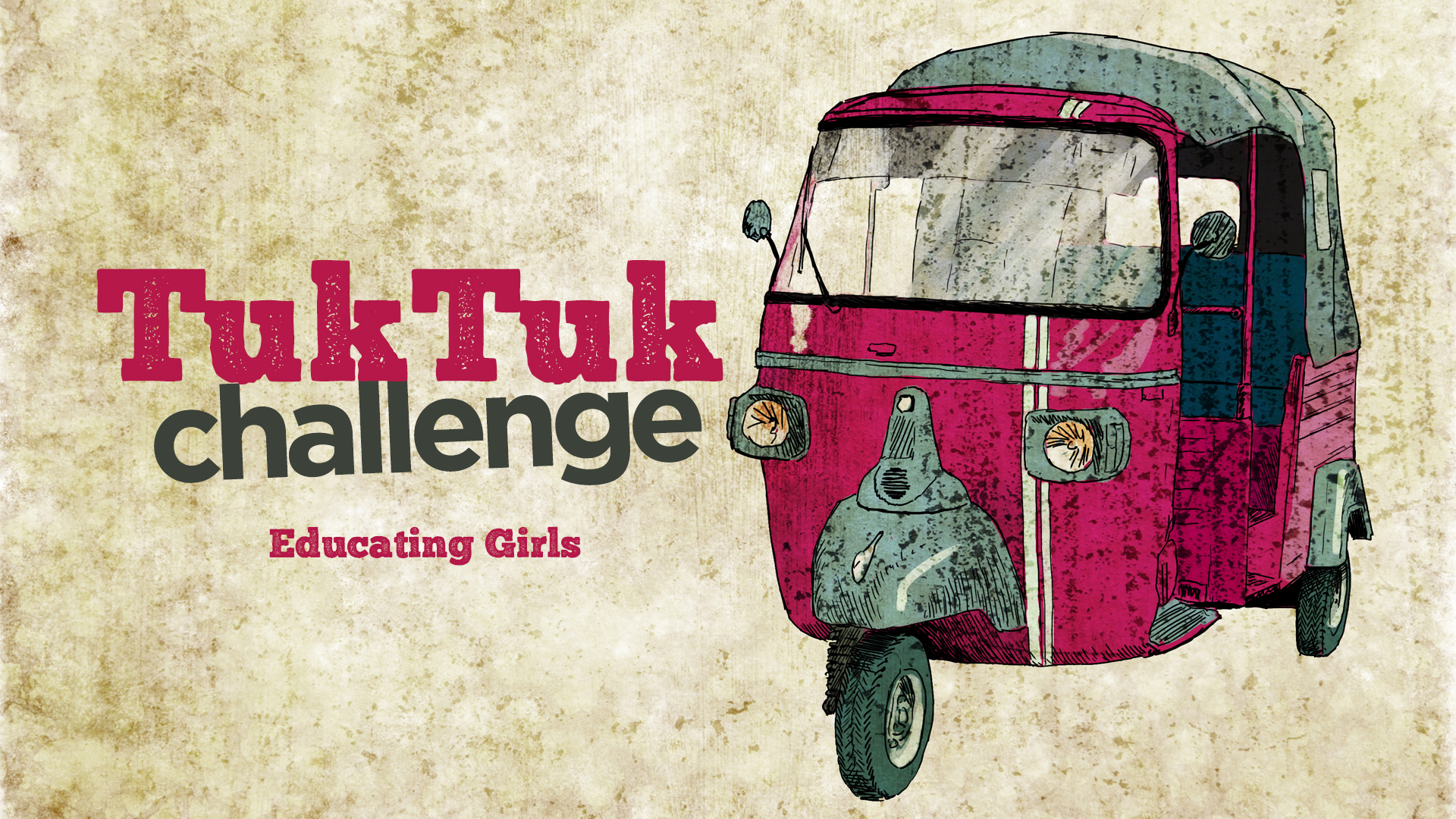 Birmingham Film maker and former Monk, Ravinol Chambers, 43, travels to India to embark on an epic 1800km road trip by TukTuk. The journey will take him from Mumbai down the west coast of India to Kanyakumari, the southern most tip of India.

“As well as raising funds for charity, he will be interviewing people on the street about their views on educating girls and gender equality.” These interviews will form part of a documentary he is shooting on the trip exploring the successes and challenges of educating girls in India today.

Ravinol, “When I signed up for the trip, I decided that parallel to the 1800km physical journey, I wanted to explore the issue of educating girls in India today and see what real people along the way thought about it. Although I have won many awards for the work my team and I have done through my company Be Inspired Films, this will be my first feature length documentary and I am really excited to take that step and embrace the challenge”

Traveling with him from the UK are Pramal Lad and Bartek Odias and eleven others with two more joining the group in India. They depart on Nov 4th and will complete the trip on Nov 20th.

All funds raised go to the charity ‘Food For Life Vrindavan’ to support the great work they do helping the poorest of the poor in India with clothing, healthcare, food and education.

One of the highlights of the adventure will be meeting Bollywood actor Vivek Oberoi in Mumbai who is a patron of the charity, to hear his thoughts on the importance of educating girls.

At the end of the trip Ravinol and his team will fly from south India to Delhi and on to a small rural village called Vrindavan, where the FFLV charity is based, to see first hand the work they are doing on the ground.

Ravinol “The trip will also be somewhat of a full circle journey for me. I spent seven years living as a monk and the best part of a year living and studying the ancient wisdom of the Vedas in Vrindavan, India. It is a magical place with over 5000 temples spread through its narrow winding streets. This will be the first time I have been back in 20 years. I can’t wait”