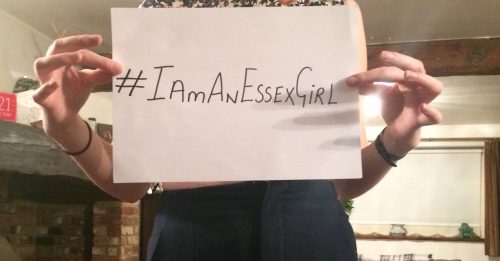 Juliette Thomas and Natasha sawkins who have started the petition, want Essex girls to sign the petition and be proud to be Essex girls,  without having the stereotypical meaning holding them back.

The petition will hopefully get the definition of the term Essex girls changed to a more pleasant term.

The definition of Essex girls in the oxfords English dictionary states: A ‘young working class women from the Essex area, typically considered as being unintelligent, materialistic, devoid of taste and sex promiscuous’.
Which in cases is untrue and incorrect.

Juliette and Natasha would like to post there success on #iamanessexgirl and get the petition signed to get the term changed or even scrubbed out.

As the petition is getting more and more popular, Essex girls are now speaking out stating “it is rude and offensive”
The cast of reality series The only way is Essex are also backing the campaign.