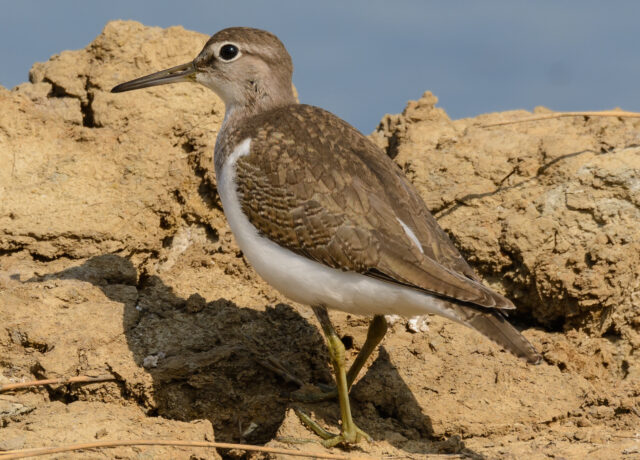 Wading birds in the UK have shown severe declines over the last 25 years, with many of them still struggling, according to a new report.
The latest BTO/JNCC/RSPB Breeding Bird Survey (BBS) report provides a stark warning for our breeding waders. The UK holds internationally important numbers of breeding waders and it is worrying to report their continued decline – Redshank is down by 49%, Curlew and Lapwing by 48%, Common Sandpiper by 28% and Oystercatcher by 22% over the last 25 years.

For many of these wader species, land management measures such as sensitive woodland and forestry planning, water level control, the creation or restoration of wet areas and implementing beneficial grazing practices and delaying grassland mowing regimes can help boost breeding productivity locally.

Predation impacts in many areas can limit breeding success for some wader species, such as Curlew and Lapwing. Waders are also affected by new forestry within important breeding areas, which remove the open landscapes they need to nest and can act as a driver of high predation pressure.

Lapwing nest in upland and lowland grasslands and moorlands, along with spring-sown crops. Farmers can help by providing a mosaic of nesting and damp feeding habitats and creating ‘lapwing plots’ amongst crop fields.

Oystercatchers breed both inland and on the coast and research suggests that at some UK coastal sites, they could be negatively impacted by shellfish harvesting.

Common Sandpiper typically favour the edges of streams, rivers, lakes, reservoirs and lochs. The issues facing the species are as yet unclear; some suggestions include disturbance by humans during the breeding season, along with pressures in their West African wintering grounds or along migration routes, but more work is needed to investigate the decline.

It is not all bad news though. Overall, 39 species had statistically significant long-term increases in the UK, with Little Egret, a recent colonist of the UK from Europe, seeing its numbers increase by 2,380%. Red Kites are also doing well, up by 1,935% between 1995 and 2020, after being reintroduced to England, Scotland and Northern Ireland.

Sarah Harris, BBS Organiser at BTO, said “We’ve been overwhelmed by the support of BBS volunteers across the UK in 2021. Following the challenges faced, both personal and with government restrictions due to the COVID19 pandemic, it was fantastic to see the survey coverage bounce-back in 2021, allowing UK population trends to be calculated once again. Thank you to everyone involved in the survey. The data BBS volunteers collect really does make a difference for bird conservation prioritisation, and in influencing and monitoring policy decisions.”

Paul Woodcock, JNCC, said, “Data sources such as the Breeding Bird Survey are really key for identifying changes in nature and understanding the effects of different management interventions. This highlights the impact that land use decisions can have on nature conservation efforts. These sorts of insights really demonstrate the value of the large-scale, long-term datasets created through surveys such as the BBS and the huge importance of volunteers involved in them. Thank you to everyone who contributes.”

Simon Wotton, RSPB Senior Conservation Scientist, said “Whilst the results here are sobering, the Breeding Bird Survey highlights the need for good data in the role of conservation. The results of this survey, along with many other fantastic surveys, feed into national assessments such as Birds of Conservation Concern. This allows nature organisations and governmental bodies to identify which species should urgently be prioritised for action.”