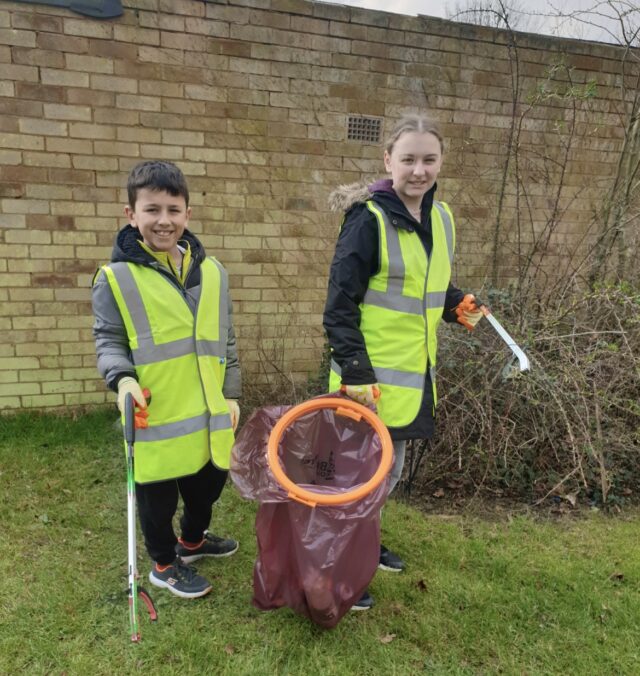 There are more than 400 Green Heart Champions registered with Braintree District Council either as individuals, families or community groups. They work together to keep their neighbourhoods clean and instil pride within their communities.

Braintree District Council has launched a new Facebook group exclusively for the Green Heart Champions and since formed the volunteers have been further inspired to help clean up streets, playgrounds and beauty spots.

One member said: “Like most people, I hate to see litter when out walking, so I decided to combine the two. In Rayne, we are lucky to have several people who think the same.

“When out picking, people will often stop me for a quick chat and it’s particularly heartening when a youngster comes over with a sweet wrapper or similar to put in the sack. I encourage others to try their hand at litter picking: great exercise, social interaction, and enhancing the feeling of community – and of course, improving the environment for everyone’s enjoyment.

“Although I’ve done litter picking on and off for a few years, being part of this group has helped me to make it more of a regular commitment.”

There has also been praise for the younger members of the community with one post being shared highlighting the efforts of a young girl and her grandmother.

Now Braintree District Council is calling on more residents to join them, helping to make the district a cleaner place to live, work and visit.

Green Heart Champion volunteers are given guidance on how to stay safe as they carry out their role, as well as being provided with litter picking equipment including high-vis jackets, litter pickers, sacks and safety gloves.

Cllr Wendy Schmitt, Braintree District Council’s Cabinet Member for Climate Change and The Environment said: “We are extremely grateful to each and every one of our Green Heart Champions. All of us have a collective responsibility to look after our environment and clean up after ourselves, but our volunteers go one step further and pick up after other people who just simply can’t be bothered to do it themselves. Thank you to those who really do care about our environment and shame on those who don’t!”

Littering is a criminal offence under Section 87 of the Environmental Protection Act 1990 and if you are caught littering, you risk being issued with a Fixed Penalty Notice.