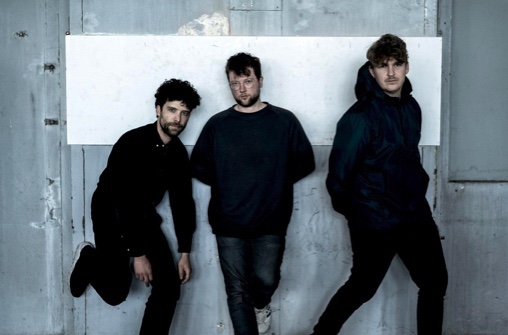 Klangstof recently returned to attention with the ‘Ocean View’ EP, which was one of two projects they recorded simultaneously in 2021. Its release added to the anticipation for the bigger set that was recorded at the same time, their third studio album ‘Godspeed To The Freaks’, which will be released on September 16th. The band today launch the album by sharing its lead single ‘Disguiser’.

‘Godspeed To The Freaks’ will see the Edison Award (the Dutch equivalent to the Grammy or BRITs) winning band add to the widespread tastemaker attention that has greeted their previous two albums. It’s an album which focuses on self-reflection; finding the courage to confront your inner self and being at peace with your demons. There’s a power that comes with the acceptance that every good day might have a touch of darkness to it. And in a further contrast to the electronic-orientated 2020 set ‘The Noise You Make Is Silent’, this record is focused primarily upon the warmth of its live instrumentation and the intuitive interplay between the band members.

Koen van de Wardt says, “‘Godspeed’ felt like a motivator from the moment we started working on it. The fact that there was no rush meant that we could work without a deadline and take more time discussing things. It went deeper than previous albums. If someone was down or not feeling it, we had time to talk and that all resulted in it being a proper team effort.

On our previous album we were anxiously trying to figure out what the world wanted us to sound like. That became quite an unhealthy way of working, like we lost confidence in ourselves. A big part of what we achieved was to consciously enjoy what we were doing. A great side effect of that is that you’re not thinking too much about goals in terms of future successes, just the music that we’re making.”

Opening with the expansive post-rock instrumental ‘Veerman’, ‘Godspeed…’ surprises at every turn. An early highlight comes with’Death04′, which builds from a dreamy folky ambience into a flooding cacophony of noise, while subsequent adventures span unsettling psychedelic soul with ‘Truth’ through to the sweetly sinister synth-pop of ‘Plastic Gun’. The album ends with the earth-shattering ‘Sylvia’, a touching lament of regret, love and comfort for a close friend which is soundtracked by their most fiery quiet/loud dynamics to date.

The lead single ‘Disguiser’ is the album’s brightest moment, the driving energy and chiming piano of its hook providing an ecstatic counterpoint to its anxiety-ridden lyricism. The song is accompanied by lo-fi video, which features their malevolent rabbit character (who also features on the album cover) performing the song with unrestrained glee.

Remarkably, the bulk of ‘Godspeed To The Freaks’ was recorded in just two weeks. The trio – Koen van de Wardt, Wannes Salomé, and Erik Buschmann – were boosted by the addition of their touring guitarist Wouter Van Nienes and channelled the energy of their live show, an approach further amplified by recording in a temporary studio in De Bolder, a music venue on the tiny Dutch island of Vlieland.Klangstof essentially rehearsed, recorded and produced the core of the record themselves in that serene environment, giving them a bubble of freedom amidst a world in chaos. Any outside input only followed later, with additional mixing by Sam Petts-Davies(Radiohead, Frank Ocean) and mastering by Heba Kadry (Björk, Slowdive, Big Thief).

The album campaign’s visual aesthetic features band portraits courtesy of the iconic photographer and director Anton Corbijn. His timeless photography includes shoots for R.E.M., U2 and Nick Cave, while Nirvana, Metallica and Depeche Mode lead his numerous renowned music videos. He is also a feature-length film director who is best known for the Ian Curtis / Joy Division biopic ‘Control’.

‘Godspeed To The Freaks’ is now available to pre-order / pre-save HERE.

Klangstof will play several European shows this summer as guests to Pixies, including Manchester’s Castlefield Bowl on July 5th. They will again link up with Pixies in December for a tour of Australia and New Zealand.