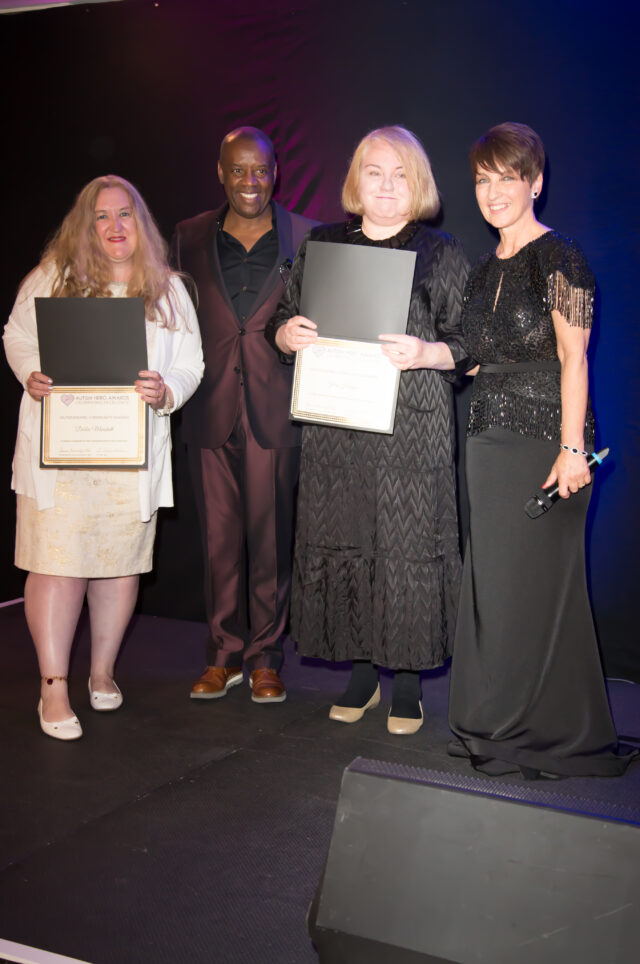 The winners were all presented with their Awards by sponsors, celebrities, Charity Ambassadors , Patrons and Autism Advocate Anna Kennedy OBE.

David Grant MBE and Dr Pam Spurr shared their experiences on how tough it was to make their choices as they read each entry, they were such compelling concise biographies of individuals and groups who were nominated from across the UK and Overseas.

‘The Autism Hero Awards recognise the extraordinary achievements of people that show dedication, commitment, and courage of all the nominees and winners are inspirational. The awards are a great way to celebrate these accomplishments and unforgotten heroes and what life-changing impacts are made on people’s lives.

It was a privilege to be in a room full of such inspirational people and understand how each finalist had accomplished by sharing details of their journey.

The Autism Hero Awards shows just how many people are in our children and adult’s corner. Fighting beside them, with them, and for them. Fighting every day is hard for parents, carers and autistic individuals

Knowing there are so many people in their corner, is overwhelmingly heart-warming!

Congratulations to the winners who are: