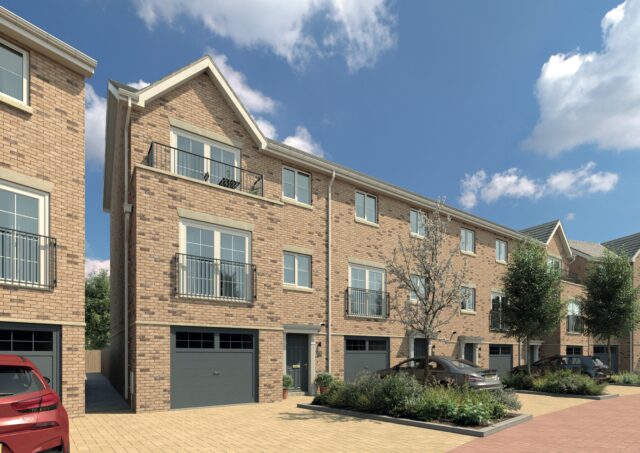 A NEW cladding tax will come as a “huge relief” to thousands of people across the country, a property expert says today.

But Jonathan Rolande from the National Association of Property Buyers, says the tax will come at a cost and urged the Government to look at measures to open up the market and prevent land banking.

Mr Rolande’s comments come amid discussions between Michael Gove, the housing secretary, and senior housing industry figures over who picks up the bill for the nationwide cladding crisis following the 2017 fire at the Grenfell Tower in west London that killed 72 people.

Developers have warned the government they will not be able to build as many affordable homes if it makes them cough up another £4 billion to fix dangerous cladding on buildings they
were not responsible for.

Commenting, Mr Rolande, also a co-founder of House Buy Fast, said: “Details of the new cladding tax will come as a huge relief to many residents trapped in virtually unsaleable homes for five long years.

“Housebuilders will foot the bill, around £2 billion so far with potentially a further £4 billion to come. A recent study showed the additional cost on housebuilders to rectify past mistakes might lead to tens of thousands of new homes not being built. There’s no doubt that the levies will have an impact on cash flow and to a certain extent, the appetite for investment but with a seemingly insatiable demand for property surely other firms or even new entrants to the market could be found to take up the slack? Perhaps the government needs, once again, to consider penalising firms deliberately ‘land banking’ so that opportunities are opened up to the market? In the meantime shareholders and company directors may need to take some of the pain.”

Following an opening round of talks Gove is seeking to force construction firms to sort out fire safety issues on any tower blocks they were involved in over the past 30 years. He also wants firms to contribute to a building safety fund financed from a new cladding tax levied on them from this month. It is expected to raise upwards of £2 billion over the next decade.

A second round of talks is due to get under way shortly, during which it is expected British housebuilders will be asked to contribute another £4 billion.

The talks are seeking to cover issues on buildings between 11 metres and 18 metres high.
It has been estimated that there are about 8,000 such blocks in Britain, of which UK developers reckon they built 800 or so. That means a big chunk of any money they have to pledge will be
for high-rises built by foreign firms, developers that have gone bust or local authorities.
A study commissioned by the Home Builders Federation, the industry body, and carried out by a former Bank of England analyst has estimated that the hefty cladding costs being borne by housebuilders will lead to 56,380 fewer homes being built over the next decade.
Many of those, the report argues, will be the affordable homes that developers put up to meet planning obligations.