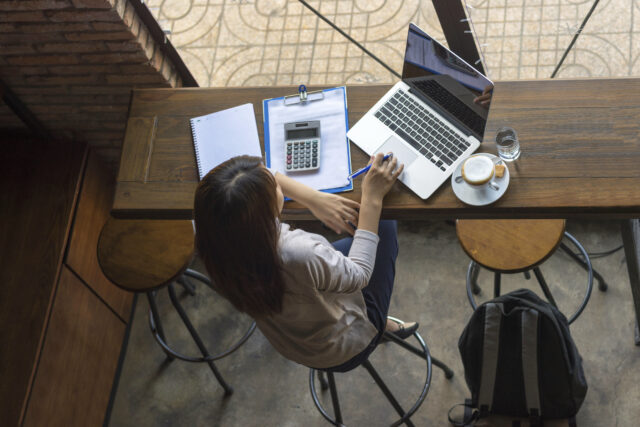 New research has revealed nearly three-quarters of Brits aged 25-54 harbour a desire to change careers, but many are too concerned about the time and costs associated with retraining to take the plunge.

A survey of 2,000 people by AAT (Association of Accounting Technicians) found that 27% of 25-54-year-olds are actively considering a career change, 28% have considered it in the past two years, and 18% plan to start thinking about it within the next five years.

Money was the biggest motivator, with 67% interested in starting a new career for the opportunity to earn more. Other common reasons included the chance to take on a more fulfilling role (45%), to work in a more interesting sector (39%), to experience a new challenge (38%), and to improve their opportunities for career progression (30%).

However, when asked what would prevent them from pursuing a career change, 55% said that they thought it would take them too long to retrain, half (50%) cited the cost of gaining a new qualification, and 44% were concerned about the potential impact on their family finances.

While there is a minimum age to apply for an apprenticeship, there is no upper age limit. Despite this, ONS data shows that those aged 25 and over are 24% less likely to become an apprentice than those aged 16-24*.

This is perhaps due to misconceptions around apprenticeships, with 56% of those aged 25-54 who have never considered an apprenticeship believing they’re too old to start one, and 31% thinking that they’re only available for manual jobs.

Anthony Clarke, Business Development Manager at AAT, said: “It’s easy to feel stuck in a rut after many years in the same career, whether that’s because opportunities for progression have dried up, or because interests or life circumstances have changed. However, the thought of starting from scratch can be daunting, with many people clearly worried about the feasibility of taking time out to retrain.

“Apprenticeships offer the perfect solution for those who find themselves in this position, enabling people to earn money whilst they learn and gain new skills. Far from only being available for manual jobs, apprenticeships can help people start new careers in everything from finance and law to technology or agriculture.

“I would urge anyone feeling unfulfilled in their current career path, or who is looking to get back into the workplace after some time away, to put aside their preconceptions and explore the potential opportunities offered by apprenticeships.”