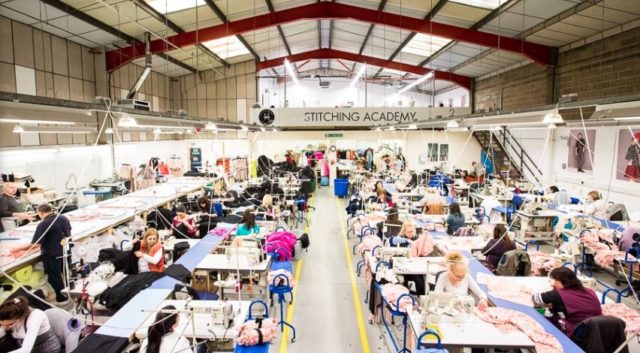 The British Film Designers Guild (BFDG) has announced nominations in 11 of the 13 categories, for its upcoming Production Design Awards, which will be hosted for a third time by film critic and broadcaster Mark Kermode in the Ballroom of newly opened super boutique hotel The Londoner in London’s Leicester Square on 12th March. Marking its 75th anniversary with a physical awards ceremony for the first time in two years, the BFDG’s awards celebrate the professionalism, creativity and skill of the Art Department in the fields of film, TV and commercials.

The final vote closes on 20th February 2022 and the nominations are:

The winner in this category will be voted on by a special committee and announced on 12 March 2022.

People Just Do Nothing: Big In Japan – PD: Anna Sheldrake,

12. OUTSTANDING CONTRIBUTION TO THE ART DEPT

This award will be voted on by the BFDG Committee and up to 5 winners announced on 12th March 2022.

This award will be voted on by the BFDG Committee and the winner announced on 12th March 2022.

All nominated films, TV productions and commercials were released in the UK between 1st January 2021 and midnight 31st December 2021(based on data from IMDB and UK general release dates, either theatrical or streamed/on-demand broadcast, including festival screenings).

The BFDG was established back in 1946 and now boasts over 600 members of talented designers and technicians whose diverse range of skills and experience spans all budgets and genres from international blockbusters to independent features, shorts, pilots, TV drama and light entertainment and commercials.

“We are thrilled to be looking forward to an in-person awards celebration in our 75th anniversary year. Despite the challenges faced, the British Film & TV Industry has continued to deliver exceptional work and we are extremely proud of our members’ achievements.

It is fantastic to see an increasingly high proportion of women nominated across the board, from a diverse range of backgrounds. The Guild has been striving to increase the breadth of our membership body and seeing this represented on our short list of nominations is truly encouraging.”

The Guild is delighted to have the continued support of our long-time sponsors, and we are truly grateful for their commitment to the Art Department. It has also been wonderful to welcome a number of new sponsors into our membership this year, reflecting just how important the role of the Art Department is to the continuing brilliance of the British Film & TV Industry.