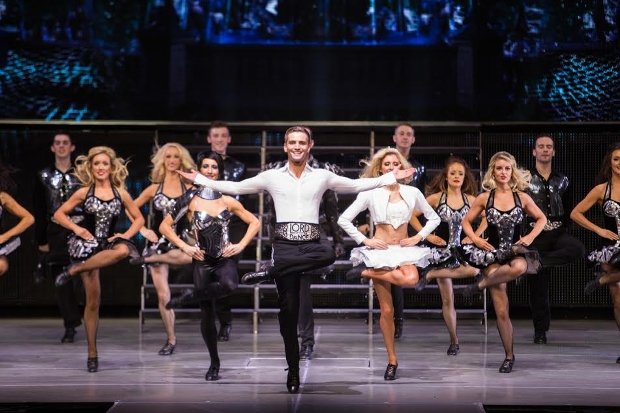 Celebrating 25 phenomenal years of Michael Flatley’s Lord of the Dance, a zesty new generation of the family favourite show will take to the stage in 2022. The global premiere will take place on St Patrick’s day at the Eventim Apollo, London in aid of charity, the proceeds of which will go to The Ireland Funds. Tickets for all shows are available now via BookingsDirect.com.

The most successful touring show in entertainment history is set to return to UK venues for performances across 2022. Since its premiere, Michael Flatley’s Lord of The Dance has broken countless box office records, visited over 1000 venues worldwide and has been seen by over 60 million people in 60 different countries on every continent.

The 2022 tour will bring a fresh new look to the classic favourite. The original elements of the successful show have been masterfully curated by Flatley whilst incorporating the energy of the talented new cast. “I have the greatest team of dancers” says Flatley, “they are excited to be part of Lord of the Dance and everyone single one of them is trained to the highest standards of dance, athleticism and precision. I’m so proud of them.”

The show, described by the Los Angeles Times as a “showpiece extravaganza”, features more than 150,000 taps per performance as it transports the audience to a mythical time and place, capturing hearts in a swirl of movement, precision dancing and artistic lighting.

The journey to Lord of the Dance began with Michael Flatley’s dream to create the greatest Irish dance show in the world. Driven by his dream and ambition to bring his new form of Irish Dance to the world stage and following a performance that caught the world’s attention at Eurovision 1994, Lord of the Dance is the culmination of Flatley’s belief that “Nothing is impossible. Follow your dreams.”

Lord of the Dance has gone on to receive unparalleled accolades, and to break theatrical records across the globe. Michael Flatley’s Lord of the Dance not only brought Irish dancing to the world stage; it catapulted the art of Irish dance to a higher plane, unprecedented worldwide recognition and dove straight into the hearts and minds of millions worldwide.

Michael Flatley’s Lord of the Dance has dazzled audiences around the world with its unique combination of high-energy Irish dancing, original music, storytelling and sensuality. The beloved Irish dance show transcends culture and language, soaring into the soul on astounding aerial moves, unparalleled precision dancing and state-of-the art theatrical effects.

Much of the secret to its phenomenal success is that it speaks to all, crossing boundaries of age, gender and cultural diversity. Its timeless, universal appeal has made Lord of the Dance one of the modern day wonders of the world, a myth to a living legend.

The show will go to the next level in 2022 for its 25th anniversary show. Fans can expect new staging, costumes and choreography along with state of the art technology, special effects and lighting, whilst maintaining the integrity of the original masterpiece.
To mark the milestone 25th anniversary since Michael Flatley became an international sensation, Lord of the Dance will return to the renowned Eventim Apollo, formerly the Hammersmith Apollo, in March 2022.

The spectacle will feature 40 of the world’s most outstanding young performers directed by Michael Flatley, with new music by composer Gerard Fahy. This latest iteration combines the best of tradition with all the excitement of new music and dance.

Michael Flatley comments: “It’s hard to believe that we’re already celebrating 25 years of Lord of the Dance. I’m so proud of this show and what we’ve achieved. Over the years, we’ve had thousands of dancers from around the world be part of our story and I’m honoured to have been able to give them this opportunity to follow their passion. Our fans too, have been an incredible part of the journey, with 25 years of standing ovations, they’ve become a huge a part of our global family. The incredible synergy between performers and audiences has been part of the magic for 25 years. We’re looking forward to this next tour as everyone deserves a positive and uplifting 2022!”