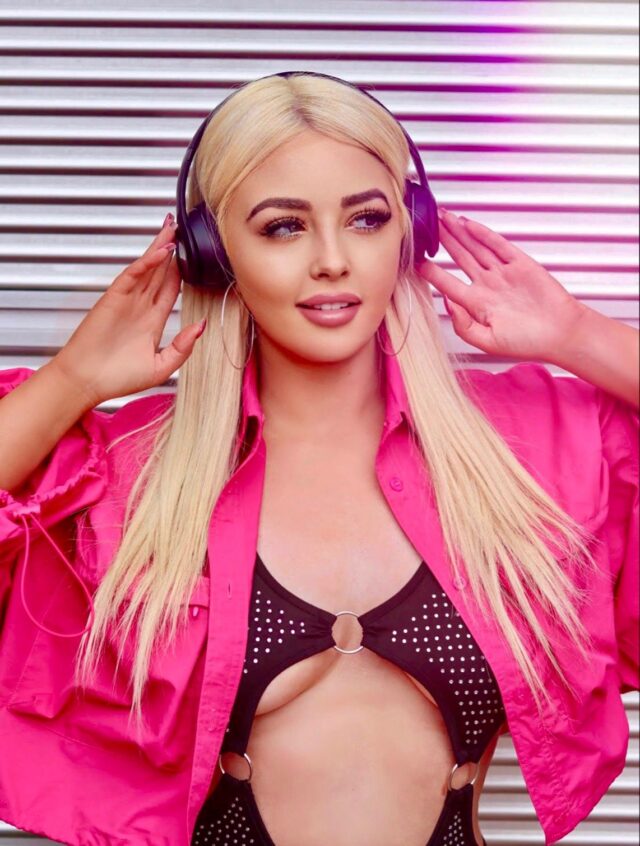 Multi-talented DJ, producer and model Jodie Weston will celebrate the New Year by dropping her hot new House track Think About Me on Blue Monday the 17th January 2022. The epic anthem is a rework of an RnB classic with an edgy, modern twist and Deep House flavour, Think About Me features the vocal talents of Charlotte Branson.

Jodie has been the host of The Dollhouse Show weekly on Flex FM for the last 2 years and has played at iconic venues including Ministry Of Sound and The Source, supporting industry heavy-hitters such as Tiesto, Idris Elba & Gareth Emery. Jodie has had features in music media such as Wonderland, Vents Magazine and Music News and is known for her vibrant, performance-focused and energetic DJ sets. Jodie brings a fresh perspective to the scene, ‘I’m all about peace, love & House music’. Jodie continues and says: I wanted to continue along with my theme of releasing an uplifting House track on Blue Monday which is known as the most depressing day of the year. I released my last track ‘Give A Little Love’ on Blue Monday 2021, so I want to do the same this year and continue with the alternative to Blue Monday, with that being my uplifting tracks.”

Charlotte Branson, the featured singer is a soulful English vocalist who delivers a deep, hypnotic & sexy vibe to the track. She released her first single, ‘Holding On’ in August 2019; and her music is regularly featured on BBC Introducing. She has also had recent House music collaborations with Product Of Us & Damon Hess.

Think About Me is remixed by K-Warren, a UK Garage producer and former member of the group Architechs, best known for their garage remix of Brandy and Monica’s ‘The Boy Is Mine.’ K-Warren’s other releases have included, ‘Coming Home,’ Richie Dan’s ‘Call It Fate’ and his mix of Ed Case’s ‘Something in Your Eyes.’